Julie Murdy (known as Jules) started in her new role on Monday 7 August 2017, replacing former Director Ruth Gilson who stepped down to train for ordained ministry in the Methodist Church.

Speaking of her new appointment, Jules said: "I'm really excited to be taking on this role and being part of the continuing story of Girls' Brigade, enabling girls and young women to discover and live life to the full."

A Girls' Brigade leader in the Greater Manchester District, Jules was previously a senior manager for IT services within the NHS and will be taking on this new role for a two-year period.

Jules has replaced former Director Ruth Gilson, as Ruth stepped down after 17 years of service in order to train for ordained ministry in the Methodist Church.

Ruth said: "Recognising times and seasons is important in leadership and a key to forward movement in the mission of a Christian movement. I feel hugely privileged to have been involved in the GB story so far - and am stepping down now, as the time is right! '

For more information on the Girls' Brigade Ministries please visit their website. 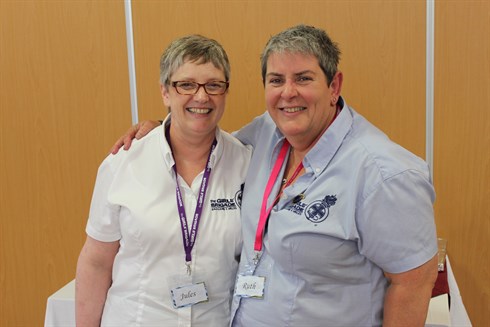