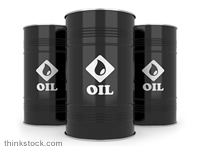 The Central Finance Board of the Methodist Church, which manages investments of £1.1 billion for the Church, has announced a new investment policy on climate change.

The policy, launched today at the CFB's annual General Meeting, sets out how the CFB will assess the exposure of companies to different types of fuel when managing its investment portfolios.

The policy,  Climate Change - Implications for Different Fuels, adds to the CFB's existing investment approach, reflecting the Methodist Church's positions and actions on climate change. The CFB has had a specific climate change policy in place since 2009. Its most recent action on climate change has been to co-file shareholder resolutions on carbon emissions management at the BP and Royal Dutch Shell AGMs this year, as part of the 'Aiming for A' coalition. The CFB also incorporates emissions disclosure in its voting at company AGMs.

The CFB extended its work on climate change last year by examining the electricity generation industry, which is the largest single contributor to UK carbon emissions.  This led to additional exclusions from investment and outlined a basis for deeper engagement with companies.

"If global warming is to be halted, companies need to act in a way consistent with efforts to achieve that outcome," said Bill Seddon, Chief Executive of the CFB, at the launch of the new policy.

"We are committed to engaging proactively with companies to influence their involvement in fossil fuel extraction.  Ultimately, as a last resort, we have the option of disinvesting from a company if it continues to base its business model on the assumption that emissions targets need not be met."

The policy commits the CFB to encouraging companies to invest in a way consistent with efforts to reduce greenhouse gas emissions in developed markets by 80%, and globally by 50%, by 2050. The policy states that the CFB will "evaluate companies based on the quality and level of disclosure of their emissions and emissions intensity, and the implications of their business models and investment plans for future emissions reductions."  Coal is recognised as the most carbon intensive fuel, but the extraction of oil from tar sands is also highlighted because it has a larger carbon footprint than conventional oil production.

The policy states that companies with investment plans that imply a low probability that emission reduction targets will be met, or which have significant exposure to coal or oil from tar sands, "would be inconsistent with the positions and actions of the Methodist Church and may lead to exclusion" from investment portfolios. For example, this may include companies which have business models "dedicated to exploring for and developing those new assets".

The policy also commits to looking at how companies lobby on climate change issues as well as continuing to review local environmental impacts, human rights, and health and safety issues.

The policy can be downloaded from the CFB website. It was drafted by the Methodist Church's Joint Advisory Committee on the Ethics of Investment and approved by the CFB Council.  It will also be adopted by the CFB's subsidiary organisation, Epworth Investment Management Limited (Authorised and Regulated by the FCA), which manages assets for church and charity clients.

Click here for more information on the Methodist Church's approach to climate change.