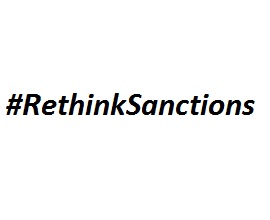 A new report from a coalition of major UK Churches has revealed that around 100,000 children were affected by benefit sanctions in 2013/14. It also shows that in the same period a total of nearly 7 million weeks of sanctions were handed out to benefit claimants. The new data, obtained under the Freedom of Information Act, will feature in this evening's episode of Channel 4's Dispatches, entitled Britain's Benefits Crackdown.

The report, entitled Time to Rethink Benefit Sanctions, is published today by the Baptist Union of Great Britain, Church Action on Poverty, the Church in Wales, the Church of Scotland, the Methodist Church and the United Reformed Church. It contains new data on the severity and length of sanctions under Welfare Reform, and on how sanctions affect vulnerable groups such as children and those with mental health problems.

It features the stories of people like James* who have had their benefits sanctioned:

"During the first three weeks of my sanction I continued to look for work as I was required to. By the fourth week however I was exhausted, unwell and no longer had it in me. I was not eating as I had no food and was losing a lot of weight. I told the Jobcentre I was unwell through not eating but was sanctioned for another three months for not looking for work properly."

"Those who already have the most difficult lives are those most likely to be sanctioned," said Paul Morrison, Public Issues Policy Adviser for the Methodist Church and one of the authors of the report. "Sanctions impact disproportionately on young people, care leavers, homeless people, single parents, the mentally ill and those with long term illness. This system causes problems for the very people that most need help.

"But sanctions don't just have a financial impact. The people we've spoken to have told us of the shame, demoralisation and loss of self-worth caused by this system.  As Christians we believe that everyone is loved, valued and made in the image of God, and we have a responsibility to challenge any structure or system that undermines that dignity."

The Churches are calling for a full and independent review of the regime and for urgent reform of the hardship payments system to avoid the deliberate imposition of hunger. In the meantime, they are urging the Government to suspend all sanctions against families with children and those suffering from mental health problems. Most importantly, they say, there needs to be a change of culture, from one of enforcement and punishment to one of assistance and support.

"If you commit a crime, no criminal court in the UK is allowed to make you go hungry as a punishment," added Niall Cooper, Director of Church Action on Poverty. "But if you're late for an appointment at the Jobcentre, they can remove all your income and leave you unable to feed you or your family for weeks at a time. Most people in this country would be shocked if they knew that far from providing a safety net, the benefit sanctions policy is currently making thousands of people destitute. This policy must be reviewed urgently."

The Archbishop of Wales, Dr Barry Morgan, said: "The findings of this report are disturbing. It exposes a system that is harsh in the extreme, penalising the most vulnerable of claimants by the withdrawal of benefits for weeks at a time. Most worryingly, it appears from DWP guidance, quoted in the report, that deprivation and hunger are knowingly being used as a punishment for quite trivial breaches of benefit conditions. Employers would not be allowed to stop someone's wages for a month the first time they were 10 minutes late for an appointment, but this is the kind of sanction that is being imposed on some of the most vulnerable people in our society, including those with mental and physical health problems.

"We are concerned that the problem may be even worse in Wales, recognising the higher levels of poverty in this country. No Welsh data, however, is included in the report because despite submitting a Freedom of Information request to the DWP three months ago, we are still waiting for a reply. There is supposed to be a 20-day turnaround period for Freedom of Information requests. We are pursuing this."

*Not his real name.