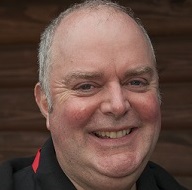 Paul Taylor, currently the Director of Learning and Development (Regions) with the Methodist Church's Discipleship and Ministries Learning Network (DMLN), will be joining the staff at Cliff College as its new Operations Director from September.

Paul has worked for the Methodist Church for the last 17 years, firstly in the Northampton District and, since 2011, in the Connexional Team where he has been a part of the leadership of the DMLN since its inception in 2013.
Cliff College is a Methodist theological college in Calver, Derbyshire, which teaches Biblical Theology and provides training in mission and evangelism at an undergraduate and postgraduate level validated by the University of Manchester, as well as short courses. The college is currently made up of more than 250 students and staff.
Two weeks ago it was announced that the Revd Ashley Cooper would be stationed at Cliff College as its next Principal. Ashley is currently Senior Minister at Swan Bank Methodist Church in Stoke-on-Trent and the Superintendent of the Burslem Mission Circuit.
Jude Levermore, Head of Discipleship and Ministries, said: "Paul has been such a gift to the Church and in his role as a Director of the DMLN, he has been extraordinary. He was instrumental in the design and implementation of the regional structures, and his wisdom and insights have influenced the entire network.
"Our loss is Cliff College's gain, and I know that we will continue to work together. This comes with our prayers for Paul and for his family."