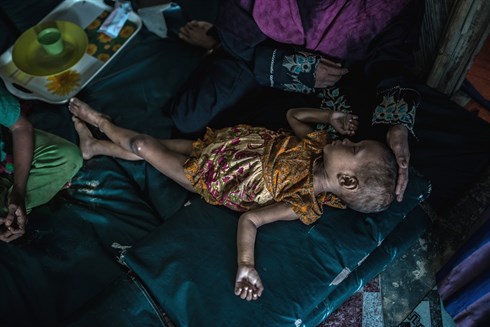 All We Can and the Methodist Church in Britain are calling for support for this urgent appeal for refugees displaced by the recent violence in Myanmar.

Over the past few weeks, more than half a million people have fled violence in Myanmar's Rakhine State. The majority of those fleeing are Rohingya women and children.

All We Can and the Methodist Church in Britain are calling for generous support for this urgent appeal to assist those seeking refuge in Bangladesh. People are in desperate need of water, food, shelter and access to medical care.

Since violence flared up in Myanmar in late August, an estimated 519,000 Rohingya people have sought shelter and safety in Bangladesh. Many are currently living in temporary, unsanitary structures constructed out of plastic sheeting and bamboo in informal camps and settlements. Refugees are arriving in Bangladesh exhausted and traumatised and camps and local host communities are struggling to respond to the scale of this disaster.

Food insecurity is one of the primary areas of concern, while providing health care, access to safe water and mitigating the threat of disease is critical. Heavy rains in recent days have made an already precarious situation worse for refugees trying to seek shelter in sub-standard housing and makeshift camps. All We Can's partner is responding to this emergency and is calling for urgent funds to help reach people suffering because of this crisis.

Humanitarian Aid Manager Jason Snuggs said: "Earlier this week, the United Nations spoke about the pressure Rohingya refugees are facing. People are arriving in Bangladesh fearful, exhausted and hungry, and in desperate need of immediate help.

"Many bring with them accounts of brutality and report having seen and suffered atrocities that have left them traumatised. Meeting the urgent needs of these refugees who have already suffered so much is critical. That is why we have launched this urgent appeal."