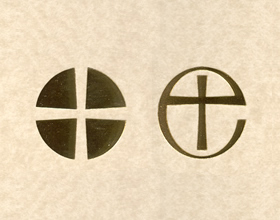 The President and Vice-President of the Methodist Conference have welcomed a major step towards in Anglican-Methodist unity. Yesterday, the Church of England's General Synod debated a report on the Covenant between the two Churches and voted overwhelmingly in favour of its recommendations. The recommendations, which include steps towards greater interchangeability of ministries, were also overwhelmingly passed by the Methodist Conference this summer.

The Revd Kenneth Howcroft, President of the Conference, said: "It was very good to attend the Church of England's General Synod to witness its debate on the JIC report 'The Challenge of the Covenant'. The JIC's Co-Chairs Professor Peter Howdle and Bishop Christopher Cocksworth made introductory speeches that set the tone for a very positive and encouraging debate."

Vice-President Gill Dascombe added: "I am greatly encouraged to hear that the General Synod, like the Conference, supported the JIC's recommendations so strongly. We now look forward to further developments in our covenant relationship with the Church of England as we serve God and our communities together."

Professor Howdle's address to the synod can be found here.