"Always to be reformed" 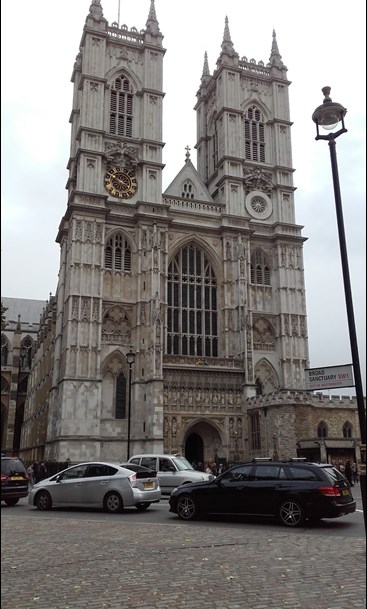 Church history – like all history – is a mixture of glory and horror, of beauty and ugliness, of love and hatred, of pride and shame. Today Loraine and I were among many hundreds gathered in Westminster Abbey for a “service to mark the 500th anniversary of the 95 theses and the start of the reformation” which included confession and absolution for the horror and hatred along with celebration and thanksgiving for the glory and beauty. It was a significant event.

It was also a large-scale event, with meticulous planning and preparation by the Dean and Chapter of the Abbey. We had received a 30-page briefing document covering every imaginable detail from which flag would fly (the Abbey’s) to who would move the music stand of the conductor of the German choir (an honorary steward), how every square inch of the building would be used and in which order the 80 church leaders should process to our seats. ( Apparently this latter caused some difficulties, as some of the denominations involved normally process with the least important at the front and the most important at the back – and others do it the other way round!) Methodism was represented in the “First Eleven” (which made it sound rather like a big ecumenical cricket match) by The Right Reverend Ivan Abrahams, General Secretary of the World Methodist Council and Loraine and I found ourselves towards the front of “the rest” with The Rev. Tim Macquiban, Director of the Methodist Ecumenical Office in Rome (so we had an excellent view of the proceedings).

The music throughout was note-worthy, as might be expected for a celebration of Martin Luther, a prolific hymn-writer. Before the service the packed congregation were treated to appropriate music from a vast array of choirs, many from UK-based international Lutheran congregations (German, Norwegian, Swahili, Estonian, Swedish, Icelandic, Danish, Latvian, Finnish, Chinese). 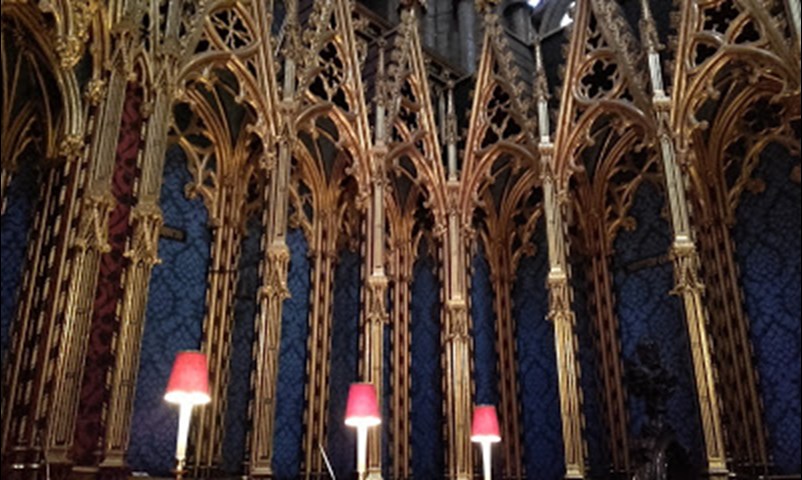 Those of us in the procession missed this as we were robing up (or not) in the Lady Chapel but as we began our long journey up the side of the Abbey and down the aisle we were treated to a specially-commissioned piece which wove together words and music from many of Luther’s own hymns sung in an ingenious musical arrangement and in around a dozen languages. The angelic choir of Westminster Abbey sang a number of pieces during the service, including another specially-composed anthem, “I in them and you in me” by Bent Sørensen, a haunting piece which, like the church universal, blended dissonance and harmony. The congregation had our opportunity to sing lustily and with good courage in three German hymns; “A safe stronghold” (Ein feste Burg), “O Holy Spirit, enter in” (to the tune Wie schön leuchtet der Morgenstern) and “Now thank we all our God” (Nun danket).

In his address the Archbishop of Canterbury, Justin Welby, began by asking “What’s not to like?” about the Reformation, listing some of the enlightenment and revelation which has resulted, but went on to face honestly the pain and cruelty which also followed this cataclysmic schism in the Church, before concluding in thanksgiving for the healing of division and the progress since made along the road of ecumenical relations. Later in the service the Archbishop, on behalf of the Anglican Communion, presented its resolution from the General Synod earlier this year affirming the Joint Declaration on the Doctrine of Justification (JDDJ). This Declaration was drafted in 1997, signed by representatives of the Catholic Church and the Lutheran World Federation in 1999, adopted by the World Methodist Council in 2006 and earlier this year the World Communion of Reformed Churches signed a statement of association with it, so representatives of all these august bodies received or witnessed today’s presentation.

As far as I could tell, I was the only lay person in today’s procession, and whilst Loraine and I were not the only women, we were certainly in a minority group! So, as a lay woman with a Primitive Methodist background, I feel a sort of humble pride which asks “What am I doing here?” whilst at the same time rejoicing that we are a denomination which has a lay person within its Presidency. I take heart too from the words of the bidding in today’s service, given by the Dean of Westminster, the Very Reverend Dr. John Hall, who reminded us that “the universal Church, the body of Christ is under God semper reformanda, always to be reformed”. Methodism needs to offer our own charisms and insights to that ongoing journey of reformation, to the greater glory of God. 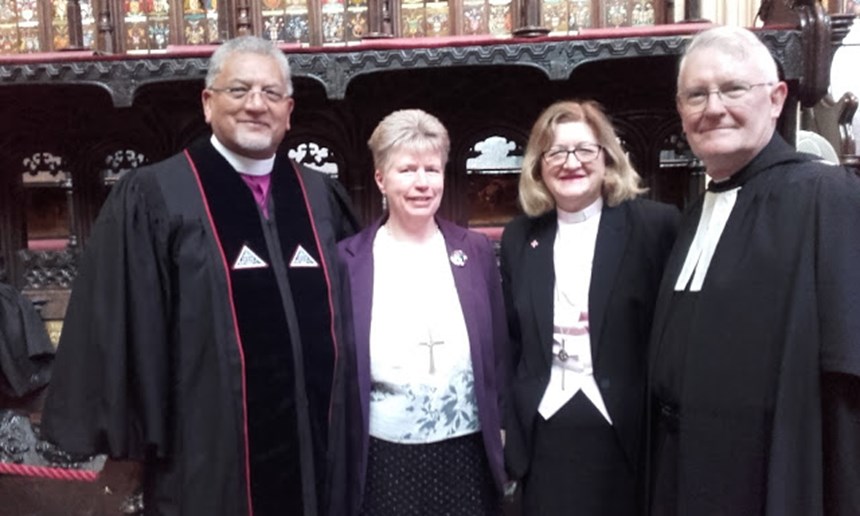