Last weekend was a busy one for the President and Vice-President. We were able to participate in the Celebration of the 50th Anniversary of the Concordat between the United Methodist Church and the British Methodist Church. 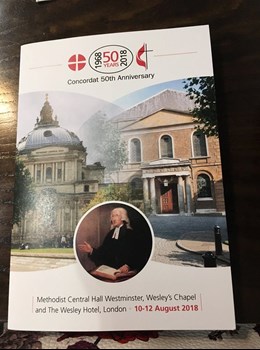 Most celebrations involve a party - this was 48 hours of close conferring and working on what our relationship might lead to, under God's wisdom, in the future. It began with worship at Wesley's Chapel, included a lovely dinner at the Wesley Hotel and ended with worship at Westminster Central Hall.

The President took some time away from this to spend time with IAMSCU - the International Association of Methodist Schools, Colleges and Universities - who were meeting at Southlands College, Roehampton University.

And, as if all that were not enough... Bala and Michaela joined members of the Oxford Institute for a few hours, to bring the greetings of the British Methodist Church to scholars from all over the world. 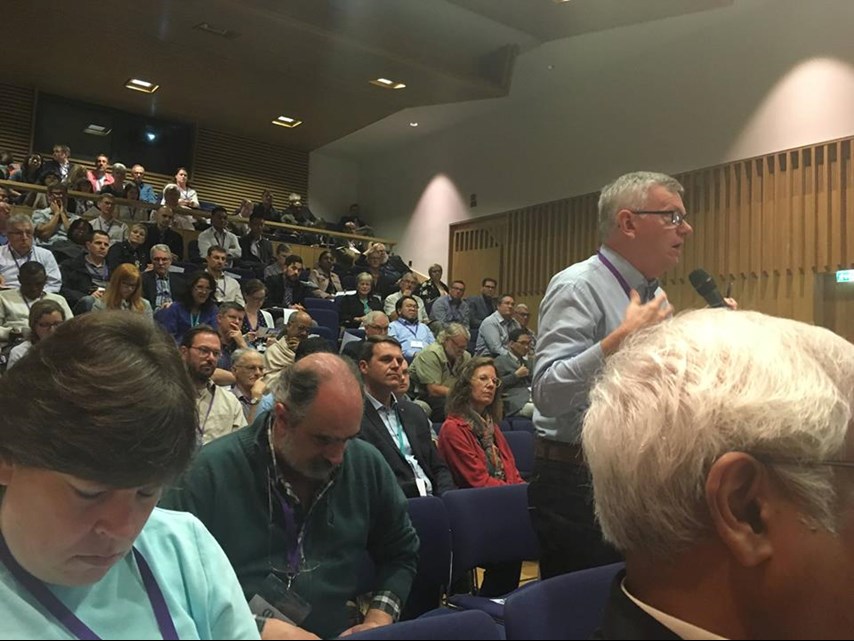