(More About) Keeping in Touch

One of the fascinating, if not surprising, aspects of the first couple of months in our Presidential/ Vice-Presidential periods of office has been the multiple communication channels through which people reach us, and want to reach us. Barbara made a quip on my behalf on Facebook that as ‘Clive is not a Facebook buff you are likely to hear more about Barbara (Clive would like to reassure you that this is because he is very busy doing important things rather than fiddling about on the internet)’ (July 7th). This received an understandable response (thanks, Lee Leighton) as it might have implied that I thought the Internet was beneath me! Barbara offered a swift response, but there was a thread of discussion which touched on how Christians communicate with those beyond the church, and whether we should use the term ‘unchurched’ or not. If you’re a Facebook-user yourself, you can follow it up.

I don’t have a Facebook page. Nor do I tweet. I appreciate that makes me seem like a dinosaur. But here’s why: I already have four different e-mail addresses (two which relate to my three part-time contracted posts, a personal e-address and then the fourth one brought into being by the VP role pandvp@methodistchurch.org.uk). So I am online a lot – just not via Facebook. Far too much of my life already is spent staring at a screen. In addition to fighting off eye-strain, I want to keep some time free actually to speak to people, and to read text in hard copy.

I am fully aware of just how useful Facebook is. I am not anti-social media, and appreciate that churches (locally, regionally and nationally) have to make careful choices about how to be involved, not whether. I’ve just seen too many examples, though, of how social media can trip people up, feed knee-jerk responding, and cause people to devour swathes of time which might have been better spent.

I do WhatsApp (judiciously, I hope!). I text. And I write. During our year Barbara and I will be making contributions to Theology Everywhere, the theology web-site, the link to which drops into your in-box every Monday morning if you’re a subscriber (and you can read our first two contributions here and here. You get a 700-word article to chew on for the week. We shall be contributing to The Methodist Recorder in two ways. We shall be offering a monthly column related to our Presidential book, So What’s the Story…? (DLT 2019) – writing 6 articles each through the year. And from September I shall also be offering a monthly column for 10 months called ‘From the Vice-Presidential Cupboard…’ (stay tuned!). Barbara will keep the President and Vice-President Facebook site ticking over throughout the year. And we’re likely to pop up on the Facebook-pages of others for ‘non-Presidential reasons’ sometimes (have a look at Wesley House Cambridge’s page, for example, for the second half of July to see what I was up to in one of my day jobs!). We shall try and make links across all the various platforms so that whatever reports we write or reflections we make might be accessible to as many as possible, and in different formats. To Tweeters and Instagram-users we apologise: we haven’t got that far (though perhaps the Connexional Web-Site might add some links).

We hope, though, that you’ll be interested enough to see what we’re up to. And we’d welcome responses. We’ve had some spirited ones already! Not all church-members are likely to agree with all that we do and say. But it’s also clear that lots of people have enjoyed some of the things we’ve done so far. I personally was very gratified by the responses I received to the choice of music used throughout the Methodist Conference in June (don’t forget to send me your comments and additions by the end of January). 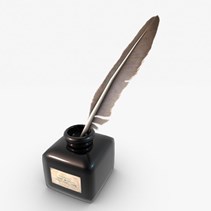 So we hope you’ll enjoy and be stimulated (even inspired?) by what we write. Our purpose is not just to entertain, or even just to report. But we hope we’ll do both and more as we let you know more of what we get up to.