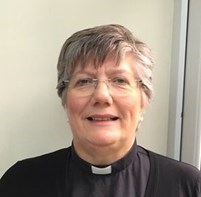 On April 1st 2021, I became the Moderator elect of the Free Church Group and the Free Church President elect of Churches Together in England. I will take up these roles from the Rev’d Dr Hugh Osgood on 1st April 2022. Hugh has undertaken them with distinction since 2014. Hugh and I will work together closely over the next year. I am already serving as Chair of the Free Churches Group Board of trustees.

I am following in a long line of distinguished Methodists who have served in this way, most recently, past President of the Conference Baroness Kathleen Richardson who served as Moderator of the Free Churches group from 1995 to 1999. Other past Methodist Moderators include the Rev’ds John Scott Lidgett and Hugh Price Hughes. I am in awe to find myself in such company and very glad of the trust placed in me by the Secretary of the Conference who asked me to serve in this role.

So, who are the Free Churches Group ( FCG) and what do they do?

The total number of member denominations within the Free Churches Group is currently twenty six: the Methodist Church, the Baptist Union of Great Britain, the United Reformed Church, the Salvation Army, the Assemblies of God, the Congregational Federation, the Baptist Union of Wales, Christ Apostolic Church, Church of God of Prophecy, the Church of The Nazarene, Churches in Communities International, the Council of African & Caribbean Churches UK, the Countess of Huntingdon's Connexion, the Fellowship of Churches of Christ, the Free Church of England, the Free Methodist Church, the Independent Methodist Churches, the Joint Council of Churches for All Nations, the Moravian Church, the New Testament Assembly, the New Testament Church of God, the Old Baptist Union, the Order of St Leonard, the Presbyterian Church of Wales, the Union of Welsh Independents and the Wesleyan Reform Union. The group continues to grow both in numbers and also in its diversity.

In late 2020, despite a pandemic, the FCG went ahead with the publication of the report from its Commission on the Church and Social Cohesion on-line. It was a great opportunity to celebrate Free Churches history and the unique contribution that local churches are making to nurture social cohesion in communities across England.

The Commission on the Church and Social Cohesion

The Commission report, entitled – ‘The Church and Social Cohesion: Connecting Communities and Serving People’ was launched on the 26th November 2020. In addition, there were two excellent “How to Booklets” created for churches seeking to foster social cohesion and for statutory bodies wishing to work with churches. The coronavirus pandemic has illuminated the disparities between different socio- economic and ethnic groups. For example, we have seen higher infection and death rates amongst the Black community, and the move to online teaching because of school closures has inadvertently disadvantaged children from poorer backgrounds. The Commission’s report and booklets will contribute to the conversations that will need to take place after the most severe effects of the coronavirus pandemic are behind us and communities seek to rebuild. There are some key findings and principles for nurturing cohesive communities and engaging churches in that work. Cohesive communities do not just happen but must be consciously and sensitively cultivated by Government and leaders in the community working together.

The Free Churches particular engagement with education, health care, prisons and the legislative governance of the nation, amongst other things, is evidence of a commitment to wider society and a concern for public wellbeing.

• Engagement in the training of hospital chaplains and their on-going professional  development contributes to the quality of a service offered to all patients and hospital  staff and to ensure patient trust and safety.

• The support of SACRE representatives in local authorities serves to ensure the  appropriate balance in religious education curricula.

• The developed Faith Endorsement criteria of Prison Chaplains ensures that both public  and private sector prisons are well served by a diverse range of professional ministers to work as Chaplains in prisons.

In 2020 there were plans to celebrate the 80th Anniversary of the Free Churches Group although the first Nonconformist Church Congress was held in Manchester on 7 November 1892. The name of the organization was changed from Congress to Free Church National Council as at that point the assembly consisted of duly appointed representatives from local multi-denominational councils of every part of England. Early in the twentieth century it was recognised that a further mechanism was needed to handle Free Church issues at a national level. This was something that the Free Church Council was not established to do. The first meeting of the Federal Council of the Evangelical Free Churches took place in October 1919. The two councils then ran on parallel lines until they combined in 1940 to form the Free Church Federal Council to oversee both the local groups and denominational issues – hence the plans for an 80th anniversary celebration.

What matters most about this potted history is the persistent engagement over many years of the Free Churches with issues of good governance for all, care for the poor, for matters of social justice and the insistence that quieter voices should be heard, and not ignored. Rather than fading away, the Free Churches group continues to grow, be vibrant and hold within it considerable diversity. As someone who believes that diversity to be God given, a gift of life and hope I want to embrace and not a threat, I am delighted to have this opportunity of

representing the Church that I love dearly, and to be able to work in practical and tangible ways in order that smaller voices and varied opinions can be heard as we work together as the Free Churches Group for the coming of the Kingdom of God.

I will be glad of your prayers in this year of shadowing, and particularly for next year when I take up my new roles fully.