The Revd Andy Fishburne, a Methodist Minister on the Isle of Man, reflects on the first Isle of Man Pride event. 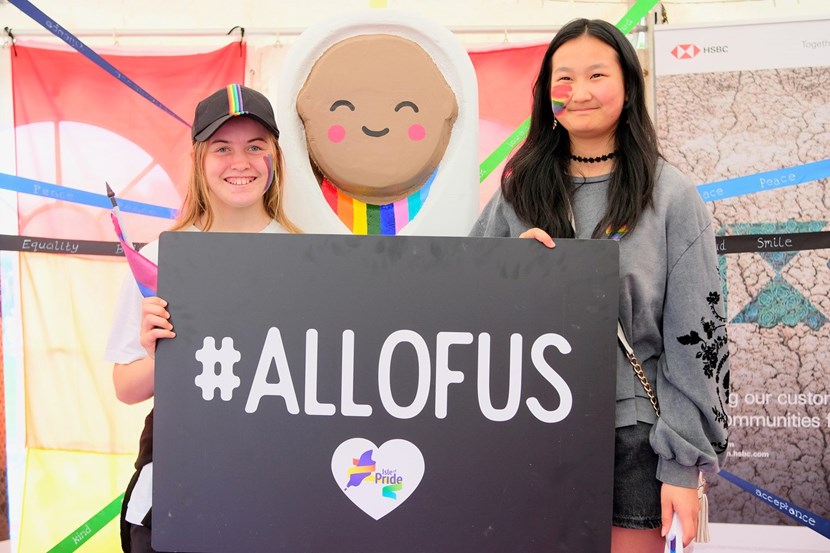 On Saturday 12 June 2021 the first ever Pride event was held on the Isle of Man. This was a momentous occasion for a little country that has been slower than most to adopt LGBTQI+ equality. But things have come on a long way, very rapidly.

Local churches were asked to create a piece of artwork that the public could participate in. We made a giant baby, suspended on a metal frame. A team of volunteers from various churches asked people to suggest a word that they would like a new-born to carry with them for the rest of their life, a word that unites all of us. These words were hand written on colourful ribbons which were attached to the frame so that they radiated out from the baby. As the day progressed the collection of words and ribbons grew, and people were encouraged to pose for selfies with it.

I was struck by the amount of time that people spent choosing a word for the artwork; they wanted something profound and meaningful. The team had some deep conversations with people about their previous engagement with the church, and hundreds of short, positive interactions. The whole day had a joyful atmosphere of love and acceptance, the fruit of the Spirit very much evident. 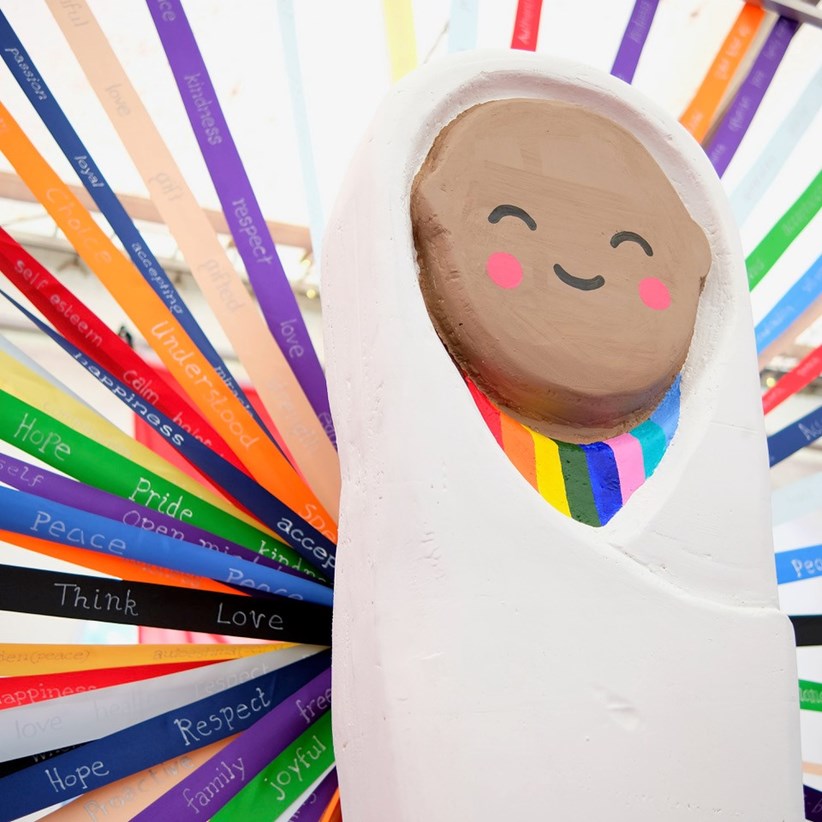 The Revd Andy Fishburne is a Methodist Minister on the Isle of Man. More about Andy here.