In this fifth article on Methodist identity, first published in the Methodist Recorder, the Revd Richard Teal considers  ecumenical relations.

In this fifth monthly article on what makes a Methodist a Methodist we think Ecumenically. There has been just one meeting this year where I felt the Presidency should be for more than one year and it was the meeting where annually the Methodist Presidency meets with the Archbishops of Canterbury and York. We meet on one occasion only. Where is the relationship, where is the friendship, where is the building of trust, where is the understanding between the four of us? It can of course be argued that the real continuity and relationship is built between others and I would never want to demean those relationships. I made a rather rash comment in the meeting that I felt we should meet more often which you can so easily achieve on  zoom without an agenda simply to read scripture together and to pray. Amazingly this suggestion was instantly agreed upon. When you read this article the first of these meetings will have happened. I am convinced it can only do good for the future. 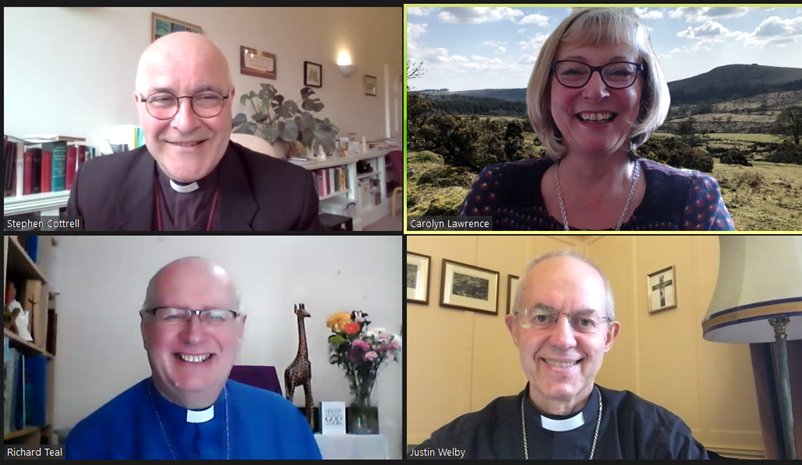 Our Methodist heritage is so much wider than the story of the people called Methodists. Most of what John Wesley teaches is there in the doctrines of the Christian Church, but he does remind people of things forgotten or neglected as we have thought about in the last four monthly articles.

Those of you who know me well know that I am passionately interested in the ecumenical movement. The unity of all Christians is undoubtedly the will of God. God is Trinity, that equal, mutual respect and intertwining relationship between the three persons of the Godhead, Father, Son and Spirit. Wesley is concerned for the unity of all Christians. He is not selective in his ecumenism. He is not concerned simply to draw nearer to those Christians for whom he feels a natural affinity, those nearest to him in understanding the church or theology. He is willing to work with, and learn from the Moravians. He extends the hand of friendship to Roman Catholics. He readily accepts the invitation to address the students at Philip Doddridge’s Academy, where students for the Dissenting Ministry were trained. His catholicity is impressive.

I mentioned above a meeting between Methodist Church and the Church of England, but our relationships need to be far wider and with a particular interest in and concern for the newer forms of Christian church and community. Wesley would have been keen on this, I am sure. He would say to each and every one of us, ‘How catholic is your ‘’Catholic Spirit’’? How universal is your ecumenical concern? Are you concerned for the unity of all Christian people? Our God doesn’t pick and choose, why should you?’

The decade from 1748 to 1758 was a difficult one in Wesley’s life. At the beginning of the decade, he preached for the first time his remarkable sermon on the ‘Catholic Spirit’ to a congregation in Newcastle. The sermon was a call to put aside many of the differences between Christians in the churches and in, Wesley’s haunting words, which included those of his text, ‘Let all these smaller points stand aside. Let them never come into sight. ‘’If thine heart is as my heart’’, if thou lovest God and all mankind, I ask no more: ’give me thine hand’’.

John Wesley’s conversion to Christ, his warmed heart experience was profound for him, but he also had another conversion from being a High Church person of a rigid position to one who came to realise the total inclusive love of God in all things and people. Revd Dr John Newtons writings have influenced many of us and in one of his essays he recalls Dr Olive Wyon, who writes about another high church person, a self-confessed prickly Anglo Catholic. He acknowledged of himself, ‘I used to be a ‘’spike,’’ until I heard a Nonconformist pray; and then my spikes fell off.’ May those words be true for us also in all our relationships as disciples of Christ.

The first article in the series is here.

The second article in the series here.

The third article in the series is here.

The fourth article in the series is here.