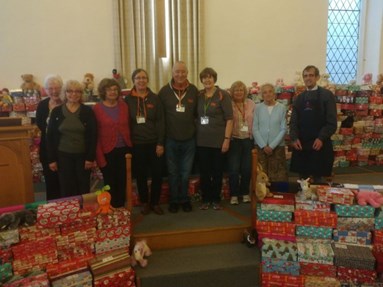 Almost 2,000 Christmas shoe boxes are being delivered to disadvantaged Romanian children thanks to the generosity of West Oxfordshire residents.

Volunteers at Witney Methodist Church loaded 1,928 shoe boxes full of gifts into lorries in November ready to be taken to orphanages in Eastern Europe with the help of the charity Teams4U. Families, schools and local businesses had all contributed to the shoe boxes.

The appeal, co-ordinated by Teams4Us, benefits children living in orphanages and those surviving on the streets of Eastern Europe and Africa.