Deacon Jenny Jones: Being in Community 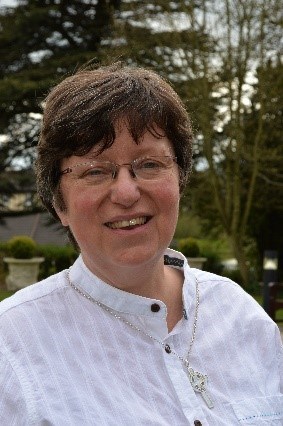 I remember reading Barbara Glasson’s Mixed Up Blessing as I started my journey towards candidating for Methodist ministry.  Barbara reflects on being sent to Liverpool city centre, and how she spent a year watching and listening to the rhythm of the city and its people, before she could begin to discern what God was calling her to do.

I have now served the church in two city centre appointments.  Firstly in Leeds, and now in Nottingham, and Barbara’s experience resonates with me.  The city centre is a place of constant movement; day and night people gather and disperse; different communities find their home; wealth and poverty, the powerful and powerless all share the same spaces and yet are divided by circumstance.  Where does the church fit into this mix?

In our ordination service we are called “to hold before God’s people the needs and concerns of the world.”  One role of the deacon in the city centre is to be the eyes and ears of the church, and report to people in local congregations which issues are presenting in the city, revealing changes in society that the church should be praying about and addressing.

I believe deacons are called to be the prophetic voice in their context.  In Leeds, my work was focussed on poverty.  Whilst we offered projects to stave off the worst excesses, a far greater role was to bring the rising poverty levels and its causes before those who might have the influence to change the situation.  By being the faith representative on the city council’s Welfare Reform Board I was able to bring real stories to those with power to influence decisions on how budgets were allocated.  Similarly, when a new casino was proposed I was asked to represent the third sector to raise the issues of addiction and its impact on families, mental heath and homelessness.  The church not only organises help for those in need, but helps those in need to speak about their situation.  This was best illustrated by the Poverty Truth Commission where in a relationship that lasted 12 months, the powerful agreed to listen to those in poverty.  Both sides were transformed by the experience.

My role in Nottingham is very different.  My main focus is to serve the LGBTQI+ community.  This is a new initiative and for the past year the emphasis has been on presence.  I have made myself visible.  I have listened to stories of the pain the church has caused this community by its traditional stance on sexuality; I have encouraged, laughed with, and been welcomed by people who might be suspicious, but who have a heart for God if not the church.  I have been overwhelmed by the openness of my new friends even being asked to hold the lead banner at Notts Pride.  This role does not come without controversy, but the work is held in prayer by many whose own churches would not support this work.

At our foodbank we were aware of a community evolving, and high levels of loneliness.  And in response a Sunday evening fellowship group opened the church to offer a warm welcome and a three-course meal.  We now serve up to 35 meals each Sunday.  All the food being provided by our volunteers who live in community which has high levels of social deprivation.  Reflective services for this community during Advent have developed into a new fellowship where about 15 people meet to pray and hear the gospel.  God is at work and it is so exciting.