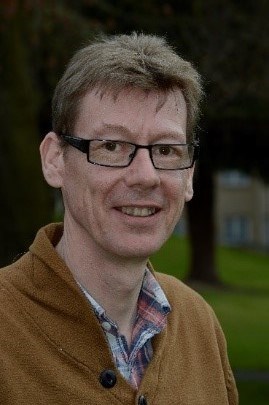 Sitting in a crowded church on a Sunday morning, squirming in my seat and wishing I was somewhere else. I had been invited for lunch after church. My wife informed me that it would be rude not to go. I did not consider myself a rude person, far from it, so I went along. As I sat in my seat I had no idea the impact that this short service would have on the rest of my life. I had seen Christianity at work in my own family and although, as a younger person, I had made commitments to follow Jesus this had certainly not led to a life of faith. In fact when I encountered Christians, I would do best my best to walk the other way. In my heart I knew that God was on my side, but the guilt that I felt about the way I had led my life was always there.

The Pastor stood and spoke the words, “I have come that they may have life, and have it in all its fullness.” He more than likely quoted a lot more, but I only heard those words.
Something happened to me in that moment; my life was not full, there was an emptiness in my heart and I needed to fill it. Over the years I have called it, my “heart strangely warmed” moment!
In my head, I put up my hand and said, okay God, I need you, and I want to work for you.  I want others to feel what I feel, let me work for you full time. At the time I had no idea what I was praying, I had no idea what this would look like. All I had was a hole in my heart that I knew only God could fill.

At that time I was running a café with my wife. On Monday morning our café became a Christian Café. I would hold prayer meetings, bible studies, and have Christian music playing. I had always had a heart to see less fortunate people receive help; had worked with the homeless, and donated to the local food bank. All of these things were increased.  I became a Street Pastor, constantly feeling that there was still something missing. All of this calumniated in taking a year out to go to a bible college in Oxford. It was while in Oxford I went on a trip to visit Middlesbrough. Once in the town I knew that I had to move there. There was a huge need for the community to know God, and this was surely what God had planned and would fill this need in my heart. With no money, no job, and no home we moved to Middlesbrough. Many of my friends and even the church told us we were making a mistake. It was so hard, but I knew in my heart that God did indeed have a plan - a plan to give me hope and a future. After a number of really successful years in Middlesbrough I met a Methodist Deacon. Everything that I had done had started to make sense. Finally I had found what was going to fill that hole.

So here I am, a shiny new probationer deacon, now in a new setting, seeking God to continue to show the way. There is so much more to learn, but that prayer said all those years ago has been answered, and now I have life in all its fullness.