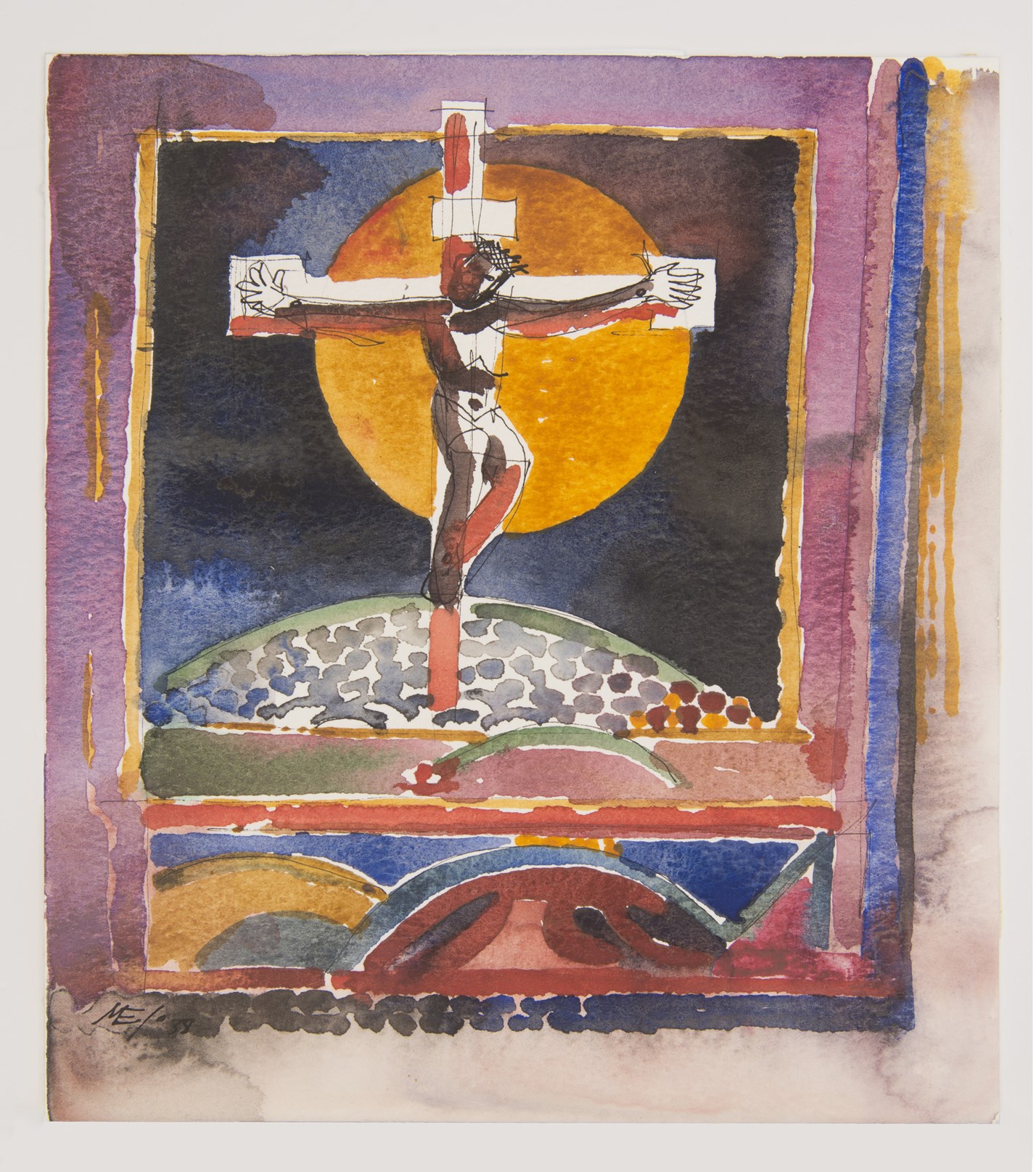 When Michael Edmonds died, his family offered this small watercolour to the Methodist Modern Art Collection in recognition of his close connection with the Collection over the years (see also his ‘Cross over the city’, a large mosaic work in the Collection).

After working as an architect, Edmonds wanted to devote his retirement to painting full-time, largely in watercolours. The translucent jewel-like colours of ‘Crucifixion’ are arguably the most striking feature of this piece. The potent orange sun against the dark hues of the sky evokes the mysterious midday solar phenomenon described by the gospel writers. In Matthew 27:51 we read that the earth shook and the rock were split. Look at the black marks on the bottom border hinting at pieces of coal.

These fiery tones, and the shapes of the disc and crucifix, are reminiscent of one of Edmonds’ earlier works, an oil painting called ‘Bessemer’ (1955) which depict the smelting process inside a blast furnace. Edmonds was a ‘Bevin Boy’ in the South Wales coalfields during his Second World War service and developed an enduring interest in geology, the local industry and the well-being of miners.