Ralph Beyer - The son of man is come 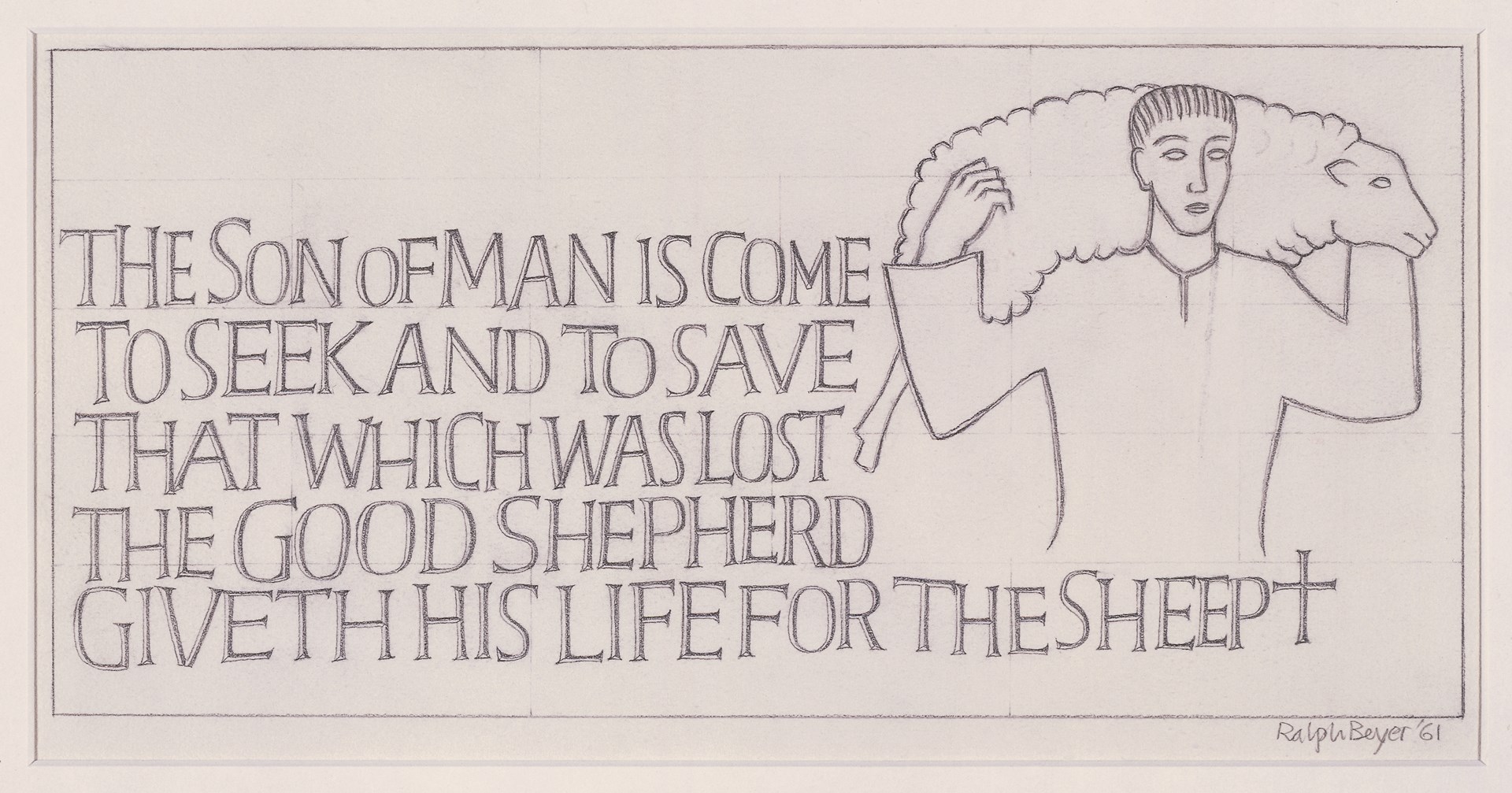 This is a pencil study for one of the Tablets of the Word, eight large carved stone blocks around the nave at Coventry Cathedral, which its architect, Sir Basil Spence, commissioned from Ralph Beyer. The text, taken from Luke 19:10 and John 10:11, is written in freely composed letters. Next to it, a figure carries a sheep on his shoulders. The portrayal of Christ as the Good Shepherd is based partly on his parables (Luke 15:3–7 and John 10:1–18), partly on Psalm 23 (‘The Lord is My Shepherd’) and on Isaiah (40:11) and Ezekiel (34:2–31). Luke says when a shepherd finds a lost sheep: ‘he lays it on his shoulders and rejoices.’ Such a figure is found in early Christian sculpture and inscriptions, particularly in Roman catacombs.