When I survey the wondrous cross 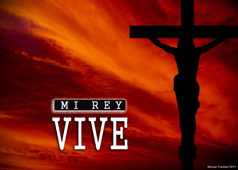 In an article for the Methodist Recorder (22 March 2013), organist and choirmaster Richard Skeet (St John’s Methodist Church in Hereford) writes beautifully about what is arguably Isaac Watts' most well-known hymn. He notes that the text, which first appeared in Watts' second collection, Hymn and Spiritual Songs, "was almost certainly written between 1694 and 1696 when the 20-year-old Isaac returned home from his studies at the Stoke Newington Dissenting Academy." The hymn was intended as a communion hymn and is headed with a reference to St Paul's letter to the Galatians: "Crucifixion to the world by the cross of Christ" (Galatians 6:14). 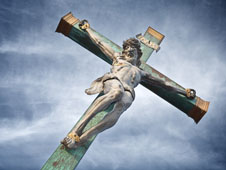 "There are two quite remarkable things about the hymn as a whole. The first is that it is a meditation on a crucifix - a very Catholic form of devotion. But Isaac Watts was a Protestant Dissenter - as far from Rome as it is possible to be, writing in a time of great mistrust, if not hatred, between Protestants and Catholics... The second is that we sing the hymn today exactly as Watts wrote it in his revision of 1709 except for the ‘offering’ in the last verse." Richard argues that many of Watts' other hymns are "quite unsingable today": "None of Isaac Watts' hymns in Singing the Faith have survived the editor's hands. Yet this hymn sounds to us today as fresh and natural as the day it was written."

Richard Skeet describes in detail the many poetic techniques that Watts brings to bear on his writing of this hymn, as well as his training (like St Paul) in the arts of rhetoric. But he concludes:

"Undoubtedly the power of this hymn derives from its ability to inspire our imagination and to lead us to the response of the last line ("love so amazing, so divine, / demands my soul, my life, my all") ... What makes this a great hymn is that the artistry of the writing is never allowed to get in the way of the simplicity of the words."

Richard Skeet is organist and choirmaster of St John’s Methodist Church in Hereford. An edited version of this article first appears in the Methodist Recorder on 22 March, 2013. The original version is reproduced on Singing the Faith Plus with permission of the author and Methodist Recorder.