A new day dawns - an Easter hymn (website only) 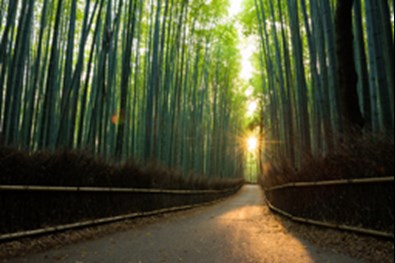 A new day dawns; a new word spoken
breaks the silence of the night.
The First-born Prince of Life has woken;
hear his voice: ‘Let there be light!’

A new day dawns; a new creation
brighter than the first big bang:
Now heaven floods to every nation;
New life where the death-tolls rang.

A new day dawns; a different garden
sees the Firstborn breathe once more.
His grace has smashed the curse of Eden;
Love has opened up the door.

A new day dawns, and new potential
sweeps into our time and space:
No tomb can hold him, Love Essential;
Peace shines from his glorious face.

A new day dawns; his feet are treading
on this old world’s worn-out ways.
And with each step fresh hope is spreading –
launching countless more new days.

A new day dawns; a new tomorrow
greets the children of the Light,
where neither tears, nor death, nor sorrow
dare to reach Love’s wondrous height.

This is  a hymn that reflects our widening understanding of the dawn of creation. (It was published on StF+ in the same month that Professor Stephen Hawking died - see Andrew Pratt's hymn, Beyond possibility).  At the same time, Andy Murphy's hymn  also offers fresh imagery for speaking about Easter and resurrection. Two events, Christ’s resurrection and the creation of the world (a divine act however one understands the science of it), are explicitly connected. 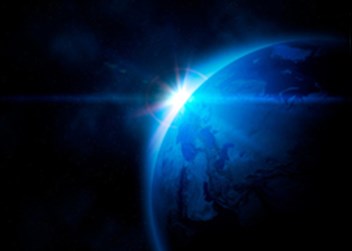 One of the intentions of StF+ is to publish new hymns with “words that express our Christian faith and experience in language that is accessible to a contemporary audience”. As Andy Murphy points out, there are only a very few texts in Singing the Faith itself that allude to cosmology outside of the scope of biblical reference: see Andrew Pratt’s In the beginning God played with the planets (StF 108), Albert Bayly’s earlier Lord of the boundless curves of space (StF 111) and Andy’s own The day the universe was started (StF 540).

The use of the phrase “big bang” in verse 2 will jar for some (does the “first” big bang imply that the resurrection is the “second”?); for others it will add an edge and pointed relevance – a contemporary expression for the climactic Jesus-event that is ever-new. Nevertheless, the explosive feel of those particular words as we sing them is at one with other images of triumph and unstoppability within the text: “breaks the silence” (v.1); “smashed the curse of Eden” (v.3); “new potential sweeps into our time and space “ (v.4). In turn, these images somehow echo strong, even violent, moments in the gospel accounts of Jesus’ death and resurrection: the sudden darkness and the torn temple curtain that accompany Jesus’ death (Luke 23: 44-46); and the “violent earthquake” that reveals the empty tomb in Matthew 28: 2-4.

As Andy points out:

“. . . resurrection is a deeply uncomfortable theological journey, when time and again we have to step back and take a breath and say: ‘Yes, it really must mean that, although can it be so?’  I believe that the New Testament says that the resurrection really is that big a deal!  (It's not just God's unexpected happy ending to an otherwise sad tale.)  This is what I was trying to express in every verse of this hymn.”

Equally, if not more, important is the way the hymn makes explicit connection with the creation story, referencing not only the Garden of Eden (v.3) but also the first day of creation itself and God’s words: “Let there be light!” (esp. vv.1&2). This connection deliberately recalls the Orthodox Christian idea that the Sunday of the resurrection is the eighth day of creation (following the Sabbath, the seventh day). While there are existing hymns that speak of Jesus as “a second Adam” (e.g. Cardinal Newman’s Praise to the Holiest, StF 334), the blending of the Easter resurrection event and God’s creative Word here is striking.

Andrew Murphy is a Methodist minister, currently serving in Market Harborough in Leicestershire. Two of his hymns are included in Singing the Faith, and a number more on this website.

Matt Allen is a musician and song-writer, and an ordained Anglican minister, now director of studies for the Diocese of Blackburn and All Saints Centre. His tune Wonder of Wonders sets Brian Wren's words in StF 543.