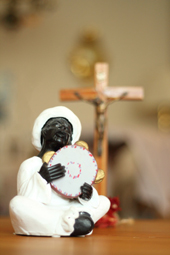 The Week of Prayer for Christian Unity continues to encourage, even plead for, cooperation between Christian denominations in the UK and globally. But are our efforts to push ecumenism back to the top of the Christian agenda more akin to flogging a dead horse?

Despite the existence of many significant ecumenical organisations, including the World Council of Churches and its national subsidiaries, the word in some quarters is that the “ecumenical project” is running out of steam. Has the drive for Christian groups and denominations to work together been overridden by other concerns?

It’s certainly true that when any organisation is under financial pressure or concerned about falling membership – a situation in which most mainstream UK Christian denominations find themselves – then there is tendency to become inward looking: less creative and less collaborative.

It’s also a fact of life that in some local contexts, and for precisely the same reasons, church congregations have become more concerned about shoring up their own buildings and finances than lending a hand to wider or national ecumenical conversations.

Indeed, maybe there are issues that should concern us more: relations with Islam; our relationship with the environment; our response to poverty and pressing social concerns.

And yet. . . There is also an argument that it is precisely these broader issues that are driving strengthening connections between Christian denominations, nationally and locally. This fact was affirmed by materials produced by Churches Together in Britain and Ireland (CTBI) to mark the 2014 Week of Prayer for Christian Unity. Inspired by St Paul’s question in his first letter to the Christians in Corinth – “Has Christ been divided?” – the writers responded with a “No, but”.

Pointing to the example of the Churches in Canada, the authors wrote: “The churches have acted together on issues related to poverty and social justice, and together many of the churches are beginning to take responsibility for what they see as their un-Christ-like attitudes towards indigenous peoples in their country. And yet, despite these encouraging movements towards the unity that Christ desires, disunity prevails. A consequence of this disunity is revealed in behaviour towards neighbours and the planet.” 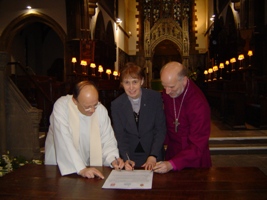 Initiatives by and within the Methodist Church in Britain echo this scenario. Arguably, the 2003 commitment made with the Church of England, often referred to as the Anglican-Methodist Covenant, has considerably reduced relevance beyond English borders. (Though there are other national ecumenical arrangements: the EMU partnership in Scotland, for example – the Scottish Episcopal Church, United Reformed and Methodist commitment to close working ties.) However, the Joint Public Issues Team, in which Methodists work together with Baptists, the United Reformed Church and the Church of Scotland to respond to social and global needs offers profound examples of the “better together” strength to be found in ecumenical cooperation.

The Week of Prayer for Christian Unity is a helpful opportunity to re-visit our hopes and concerns around the opportunities and the dead ends within the wider Christian community. It forces us to confront the questions: where are our Christian priorities, and where will we place our efforts for the sake of mission and discipleship?