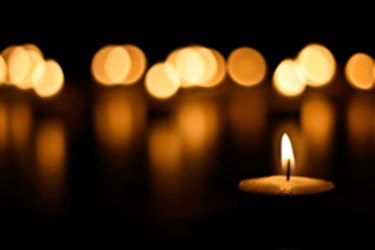 Be the light in my darkness,
Be the peace in my soul,
Be the source of all goodness,
Be my life, be my goal.
Be the light for my journey,
Be the love in my heart,
Be the hope that surrounds me,
Every day a new start.

Be the light of forgiveness,
Be the blessings that we share,
Be the world’s transformation,
Through our kindness and care.
Be the light of a new dawn,
Be the thanks that I give,
For the joy of each moment,
Every day that I live.

Download words and music as a PDF. Alternative "guitar-friendly version" in D major.

This hymn begins as an invocation to God, in terms that allow a broad range of conceptions of the divine (see below). It evolves into a prayer that we might be changed through the presence of God in our lives. Elizabeth expresses our endeavours to respond to the light of God: “Be the world’s transformation, / Through our kindness and care.”

This is a hymn that would bear a time of silent reflection before and after singing. It suggests, too, the possibility of lighting a candle before or during the singing.

Consider using different instruments to accompany the singing of this hymn (guitar chords are included in Elizabeth’s score) and allowing the music to be played instrumentally as an aid to reflection. 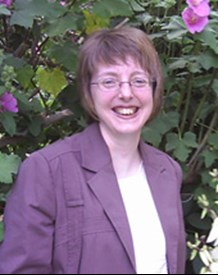 This is a hymn that doesn’t name God directly, although it will be clear from the sung context that it is God who is being addressed. Rather, the hymn is a gentle (even unexpected) but unmistakable call to action.

Elizabeth writes: “I am interested in composing religious songs with melodies which are simple enough for congregations, communities or schools to sing, and words which are meaningful for believers of various kinds, as well as those who would not normally describe themselves as ‘religious’.”

A Senior Lecturer in Philosophy of Religion at Heythrop College, University of London, and Director of the University of London International Programmes in Theology, Elizabeth plays the piano for the local ecumenical partnership at Bar Hill in Cambridge. She has been a church musician for many years (she first became a church organist aged 16), and was active as a pianist, organist, clarinettist and singer while growing up in Southampton.

Elizabeth began studying for a combined BA in Music and Theology at King’s College, London, which included part-time study of singing at the Guildhall School of Music and Drama, but switched to the single honours in Theology programme. She followed this with a PhD in Philosophy of Religion at Queens’ College, Cambridge.

Explore more of Elizabeth’s music, including other hymns and songs, through her website: http://elizabethburns.musicaneo.com/.