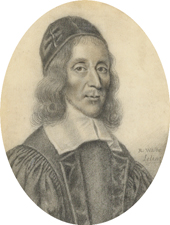 In 2014, organisers of a festival to celebrate poet and priest George Herbert wrote: “It is for just a handful of hymn settings of his verse that Herbert is best known (see below), and there will be many to whom his name is entirely unfamiliar… But of the importance of his legacy there can be no doubt, and he is now rightly seen as one of the shining stars in our literary firmament and a significant figure in our nation’s history.”

George Herbert was born in Montgomery, Wales, on 3 April 1593. He died in Bemerton, near Salisbury, at about the end of February or beginning of March 1633.

He was born into a noble family. His eldest brother, also a poet, was Lord Herbert of Cherbury. George was educated at Trinity College, Cambridge, where he became a Fellow in 1615. The failure of his ambitions to be accepted (like his elder brother) at court led to his decision to “lose himself in a humble way” and to take up Holy Orders in 1626. He became a country rector in Bemerton in 1630. 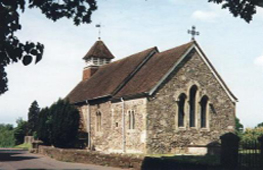 George Herbert wrote no secular verse; in his first year at Cambridge he wrote to his mother, promising to consecrate his “poor Abilities in Poetry” to God. His religious verse, however, influenced younger writers and he became known, like John Donne, as one of the “metaphysical poets” (in part of because of their clever use of philosophical ideas to describe human feelings). Herbert’s poems were published posthumously by his friend Nicholas Ferrar under the title “The Temple” – “though much of it is too complex and witty for hymn singing” (Companion to Hymns & Psalms, 1988).

Three of Herbert’s texts are reproduced as hymns in Singing the Faith. You can find out more about the background and meaning of his words on each hymn post:
King of Glory, King of Peace (StF 56)
Let all the world in every corner sing (StF 57)
Teach me, my God and King, in all things thee to see (StF 668)
(Hymns and Psalms, the predecessor to Singing the Faith, also included two additional Herbert poems: "The God of love my shepherd is" - his lovely paraphrase of Psalm 23 (H&P 43) - and "Come, my Way, my Truth, my Life" (H&P 254).)