The connections between hymns and older people run deep, both spiritually and physically, discovers the Revd Dr Margaret Goodall. How does this information inform our worship preparation?

It is often the case that choosing the right hymns can take as long as thinking through the sermon. When I became a Methodist local preacher a friend at church commented that I’d now be able to choose all my favourite hymns! But my experience is that this is rarely the case as either they don’t seem to fit what I want to say, or they don’t meet the needs of the people in the congregation.

This year is the 50th anniversary of the death of Anton Boisen, an American who founded the clinical pastoral training movement over 75 years ago. He wrote about the “forces of healing and power” which lie within religion and as a result put together a book of hymns for those who were suffering. He called his book Hymns of Hope and Courage.

A little while ago, Dr Janet Eldred and Dr Mike Lowis of Christians on Ageing (CCOA) conducted some research that asked whether hymns can lift the spirits, and if so, how.* In their research, Boisen’s belief that worship (including hymns) elicits ‘‘tender memories’’ was borne out. They discovered that ‘peak experience’ responses were obtained from two contrasting selections of hymns: the up-beat and the gentle. They also noted the effect of hymns in 3/4 time, which reduced the effect of stress-induced hormones and encouraged feelings of spirituality, and in 4/4 time, with its link to breathing and the heart beat.

Conversely, have you felt the effect of singing a hymn to the ‘wrong’ tune?

Hymns are usually sung with others, so the very act of people coming together can often promote the ‘‘tingle factor’’ of pleasure from sharing. But hymns also connect people with memories of loved ones and associations with happy times (or even sad times, such as funerals) from the past. Hymns also link those who responded to people, times and places and so summon up a wealth of memories: of lessons learned, of people loved, and of experiences shared.

Words which older people used to describe their experience of singing hymns were: “uplifting”, “praise”, “spiritual”, “memories”, “soothing”, “bonding” and “a good sing”.

Methodist Homes (MHA), the housing and care charity, has started a research project looking at the importance (or otherwise) of hymns and to see how far Boisen’s choice of hymns is echoed in hymns MHA chaplains choose today. Many of our churches have a similar age profile to MHA projects and we hope to discover more about the effect of hymns on older people and offer this as a resource to others leading worship.

Preparing for worship demands much of the preacher or worship leader, but if choosing hymns is more than picking our favourites then we need to be purposeful in our choices.

* Their findings were published in the journal Practical Theology (Vol 7, Issue 3, September 2014) in an article authored with Albert Jewell and Michael Jackson, titled ‘“Your heart can dance to them even if your feet can’t”: Anton Boisen, older people, and the therapeutic value of hymns’. 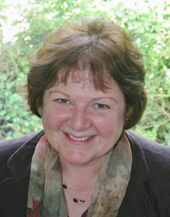 The Revd Dr Margaret Goodall trained as a music teacher and then became a Methodist minister. She now works for MHA as Chaplaincy Development manager. Margaret says that she was “brought up in a small village chapel where singing hymns was the highlight of the service!”