Explore the events and meaning of the Wesley brothers’ conversion experiences through five hymns featured on Singing the Faith Plus. 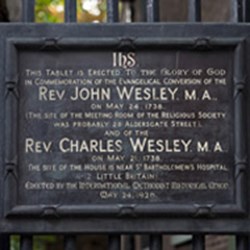 Aldersgate Sunday falls each year on the Sunday immediately preceding 24 May (‘Wesley Day’), the day on which Methodists mark John Wesley’s life-changing experience at a meeting in Aldersgate Street, London. (See plaque, above.)

Before May 1738, no-one would have said that John and Charles Wesley were anything but devout Christian men. So what changed for them so much that Charles would write of his “conversion”:

Where shall my wondering soul begin
How shall I all to heaven aspire?
A slave redeemed from death and sin,
A brand plucked from eternal fire... 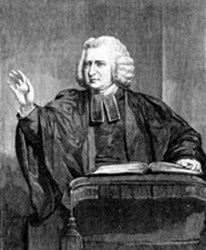 Two of Charles’ (right) most powerful hymns, both written in the immediate aftermath of his own "conversion" and both beginning with questions born out of wonder, express the assurance of God’s love that provided the bedrock for the borthers' future ministry.

Charles began writing this hymn two days after his conversion experience on 21 May 1738. He and John are said to have sung it following John’s own experience in Aldersgate Street on the 24th. (See a short account of the ‘conversions’ of Charles and John Wesley.)

Wesley contrasts light and darkness, life and death, slavery and freedom, and Christ's righteousness and our unrighteousness, in order to express the mystery of God's grace extended to sinners who turn to Christ in faith. Like “Where shall my wondering soul begin?”, Charles wrote this hymn shortly following his own conversion. Its many scriptural references reflect his intimate knowledge of the Bible (e.g. Philippians 2: 7, Acts 12: 6-8, Romans 8: 1, and Hebrews 4: 16) 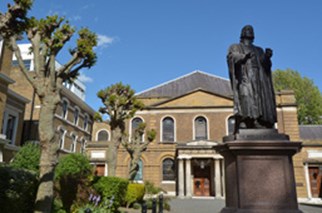 3. A third hymn that reflects the essence of the "Aldersgate experience" is Martin Luther's Out of the depths I cry to thee (StF 433)

Luther’s paraphrase of Psalm 130 carries the same emphasis on the saving grace of God that is found in his Preface to the Epistle to the Romans, which John Wesley listened to being read on the night of his conversion experience.

Written for the Wesley 250th Anniversary in 1988 by New Zealander Shirley Erena Murray, this hymn captures some of the best known features of John Wesley’s post-conversion ministry. 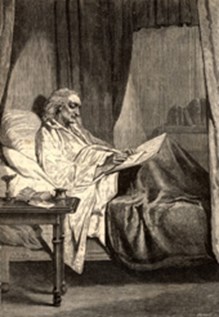 John Wesley on his deathbed

With a first line repeating John Wesley’s final recorded words, Andrew Pratt goes on to celebrate John Wesley’s life (alluding to his conversion: “hearts are challenged, strangely warmed”) and the assurance of God’s presence in everything that spurred Wesley on to a new kind of ministry.