God, how can we forgive
when bonds of love are torn?
How can we rise and start anew,
our trust reborn?
When human loving fails
and every hope is gone,
your love give strength beyond our own
to face the dawn.

When we have missed the mark,
and tears of anguish flow,
how can you still release our guilt,
the debt we owe?
The ocean depth of grace
surpasses all our needs.
A priest who shares our human pain,
Christ intercedes.

Who dares to throw the stone
to damn another's sin,
when you, while knowing all our past,
forgive again?
No more we play the judge,
for by your grace we live.
As you, O God, forgive our sin,
may we forgive. 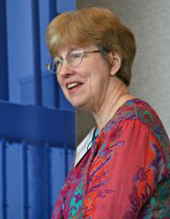 The only time I’ve received abuse on Twitter was when I suggested that the perpetrators of the bombings in Brussels should be included in the numbers of the dead. “What, are you for real?” I was asked. No forgiveness there, I guess, and perhaps understandably. But from the safety of Twitterdom, it was easy enough for me to maintain my moral high ground and preach the gospel of shared humanity and a need to see both sides of the fence.

Likewise, as I write in the aftermath of the virulent and divisive European Referendum campaign and its equally divisive result, it’s a relatively easy thing to declare (with head, if not heart) that we’re still all in this together; let bygones be bygones and let’s move on in partnership.

It’s far easier to speak words of balm and forward-looking resolution when those we consider to be culpable have acted or spoken at some remove from our immediate, personal experience.

But if the one who has wounded us lies closer to home then the task of forgiveness undoubtedly becomes much tougher. There are those for whom inflicted pain becomes too much to handle.

That’s why, in part, there was much debate about whether or not to include in Singing the Faith Shirley Erena Murray’s hymn "For everyone born, a place at the table" with its line about welcoming to the communion table the abuser as well as the abused: there is in that sentiment huge potential for pain and misunderstanding.

But it’s also why a hymn like Ruth Duck’s is so important. Strikingly, it appears not in the section of Singing the Faith in which one might expect to find it, “Repentance and Forgiveness”, but in the section headed “Human life and relationships”. The need to forgive is part and parcel of everyday human interaction. We wouldn’t wish it to be that way, but that’s life. 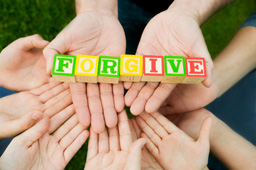 Perhaps Ruth is identifying something about forgiveness between family members and friends or colleagues, between ourselves and those closest to us – that it can feel harder than forgiveness in the public and international arena.

"God, how can we forgive?" expresses our deep need, when bonds of love are torn, for a perspective wider than ours; for a broader context not of our own making. Ruth uses the language of intercession and recalls the priest (Jesus) who once interceded for a woman accused of adultery. He demanded of her accusers: which one of them would dare to throw the first stone in the light of God’s forgiveness of their wrongdoings? We are required, in the task of forgiveness, to step back from playing the judge.

Which makes the answer to the hymn’s opening question, "God, how can we forgive?" every bit as much about the forgiver as the one to be forgiven. Forgiveness is not so much about doing or giving something to someone else as about our own openness to a fresh start. The harder part of grace is allowing ourselves to change. So the ‘we’ of Ruth’s second question doesn’t just refer to the plural worshippers singing this hymn together; it is a challengingly inclusive plural that includes both sinner and sinned against:

We together, she implies, need to find a way to rise above our current broken trust – you and me both. This is the tough end of the Lord’s Prayer; the reality of what it means to forgive as we have been forgiven countless times by God. But as hard as that cosmic promise may be to get our heads around so it offers a way of taking a step back from our personal context and discovering a new road. The road, it has to be to be acknowledged sadly, less travelled by.

There is still one individual who I fear having to meet or talk to because of what they once did to me and which I felt deeply – even though it was not intended personally. I suppose – and indeed hope – that I’m not alone in having such a person in my life. But I realise that it’s a constriction on the way I live it. Indeed, it places a question mark against any authenticity there may be in my faith. Ruth Duck’s hymn is a gentle but un-budging reminder that I need to deal with it. 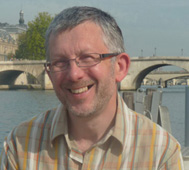 Laurence Wareing is editor of Singing the Faith Plus