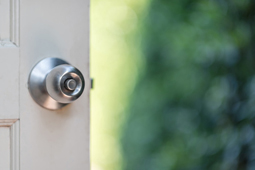 How do we cope, as someone we love suffers and fades away before our eyes? How do we deal with our emotions at a sudden death, whether natural, unnatural, by a medical condition, accident, or worse? What if it is a longed-for child who does not survive the process of birth; or a young parent who will never see their children grow; or a victim of violence, disease, neglect; or one of the many other reasons why a life can be cut short? How do we react? 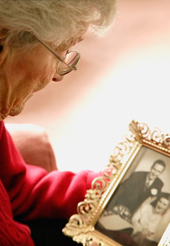 Bereavement affects each of us in different ways. Grief, shock, anger, pain, bewilderment and loss are only some of the negative emotions that swirl around us at such a time. It depends on the circumstances surrounding the death and our own ability to cope. In cases of long-term deterioration there can be relief that the suffering and caring is over, tinged with guilt that we allow these emotions to rise to the surface; peace because that person is now at rest and even joy, when a long, useful, happy and faithful life has ended without fear.

On my first glance at ‘Going home, moving on’ by Michael Forster, I realised the need to approach this text with caution and an open mind. The tune is an adaptation of the slow movement from Dvorak’s symphony From the New World, known to many only as background music to a TV advertisement, picturing a boy climbing a steep cobbled hill to bring home the bread. Would the music hold a danger of making the words too sentimental and incapable of capturing the reality of the situation facing those who were singing them? I read them swiftly and moved on. But I was drawn back to look at the text more closely.

For some, the only possible funeral hymn is ‘Abide with me’, which has the advantage of the first verse usually being known to any football supporters who are present. But Singing the Faith now includes several newer hymns that explore the emotions and circumstances of illness and death with words that are relevant to the age we live in. Read through the section entitled ‘Death, judgement and eternal life’ (numbers 732-742) and the ‘Human life and relationships’ section (numbers 608-622) for a selection of texts that can prove useful in all kinds of situations facing people as they go through life. A hymn book can be so much more than a collection of songs, and contemporary hymn writers are reflecting on life and faith as it is now and in language that we speak and understand. 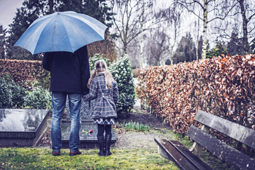 In the case of ‘Going home’, the tune has the gentleness of a lullaby, soothing, yet with passages of strength and reassurance. The words hold something of the same effect, especially in the repeated phrase, ‘hush my soul, have no fear’. So are we singing to someone who is dying; singing with the reassurance that there is nothing to fear? Or are we singing a farewell at a funeral, as we say goodbye to a loved one? Could we be singing to ourselves as we age and face an unknown future? And does it matter anyway? If the words bring comfort, then part of their purpose has been fulfilled. But that is only one side of this text.

The author, Michael Forster, has long experience of chaplaincy work in the field of mental health and learning disabilities, including working with users, carers and staff in palliative care units. His subject knowledge and sensitivity with the language needed to express care within his work shines through this text. ‘Parting hurts, love protests, pain is not denied’ expresses that compassion and understanding so desperately needed when people are hurt and bewildered by bereavement. The comfort given by the assurance that God understands and ‘Christ has gone before,’ may prove to be a real blessing to those shaken by the experience.

Michael’s text works on many levels. It can be sung by a congregation, to an individual, in personal meditation, shared in bereavement counselling, or sent to a friend in need of comfort. It cannot be dismissed as sentimental, old-fashioned and unrealistic. The words are strong and the tune carries them safely into the memory bank to be stored for times of reflection and remembrance.

Marjorie Dobson is Methodist local preacher and hymn writer. Explore some of Marjorie’s own hymns on StF+