Hymns for Today by Brian Wren

An excellent introduction to the best of recent hymn writing, with ‘how to’ advice into the bargain.

Brian Wren knows what he's talking about. Few other hymn writers in recent decades have matched him for range of theme and imaginative phrase when it comes to putting Christian faith into words for singing.

Here he offers a concise, thoughtful overview of hymns written in the English language since the 1960s – not a full-blown history but an easy-to-read, stimulating introduction for expert and curious alike. Dividing his chosen examples by theme (Jesus, Church, Witness etc.), Wren quotes extracts and whole texts to show the way in which modern authors have developed ways of exploring traditional themes in a manner that reflects contemporary concerns as well as modern language. Along the way he reveals the ways in which hymns work – how the poetry is constructed, the need for repeated rhythms, the manner in which writers draw on biblical texts. 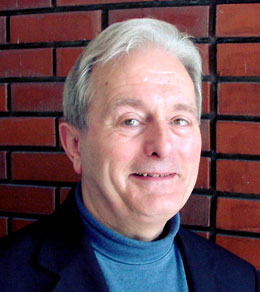 Brian Wren, a minister of the United Reformed Church and a leading light of the "hymn renaissance"

Wren's selections are by no means exhaustive and, for the most part, he doesn't try to deal with "praise songs". Perhaps that was too much to ask in this slim, 142-page volume. But his chosen texts are representative of a period sometimes referred to as a "hymn renaissance", during which many of our most well-known modern hymn writers have been made familiar by the production of significant new denominational hymn books: writers like Fred Kaan, Fred Pratt Green, Sydney Carter, Shirley Erena Murray, John Bell and Wren himself. Alongside the familiar, he introduces less well-known voices such as Thomas Troeger, Dan Damon and (in one of the book's few translated examples) Cesareo Gabarain.

Finally, in a chapter entitled "Treasure", Wren offers a selection of complete, representative texts. It's good to read them without the presence of music – to experience them as poetry and prayer, and to close the book wanting to read more of these writers and delve further into thoughtful sung expressions of Christian faith and experience.