On Singing the Faith Plus, we say a lot about the words and writers of hymns, and not so much the tunes and composers. Here, we do a little to readjust the balance and introduce David Lee – who speaks about the importance of singing psalms and shares his passion for supporting congregations to sing music that is appropriate to their size. 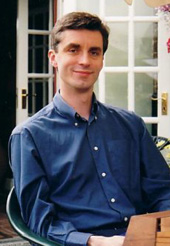 David Lee is a prolific composer of hymn and psalm settings, with music published both in the UK and North America.  Four of his settings are featured in Singing the Faith, including tunes for texts by three of Methodism’s most creative and familiar contemporary hymn writers: Andrew Pratt, Marjorie Dobson and Gareth Hill. The fourth contribution is a short, haunting setting of the prayer of St Richard of Chichester.

David’s experience of worship has been varied over the years – from accompanying a local Crusader youth group (now "Urban Saints") to playing the piano and organ at All Hallows Church in Cheadle, Cheshire, and spending two summers as  the Abbey Musician at Iona Abbey. As a student, and for a few years following, David was involved with the music group of St. Nicholas Church in Durham. But it was during his time at at St. John's Church, Neville's Cross, Durham that he began writing more systematically and purposefully. These opportunities, both within and outwith Church of England contexts, are reflected in the diversity of his own hymn settings. 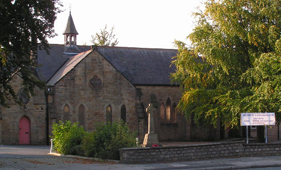 Within Singing the Faith alone, the style of his tunes varies from the four-part setting of Day by day, dear Lord (StF 444) to the swing-style playfulness of Andrew Pratt’s In the beginning God played with the planets (StF 108): the one suggesting possibilities for a choir introit or short anthem, the other a setting that a praise band could have a lot of fun with.

This variety also reflects concern over the years for the needs (and gifts) of smaller congregations. He says that his involvement in some much smaller outlying churches in County Durham and in a local hospital chaplaincy “planted an increasingly acute awareness of the wide diversity of music required for the service and mission of the contemporary Church. The importance of music-group styles, but also the narrow and somewhat superficial range of its music commercially available, led me towards writing music in such styles, attempting to combine quality with practical simplicity”.

David argues that too many small churches try to model their worship styles on those of larger churches and Christian rallies. He encourages local congregations to think about a wide range of appropriate music and singing styles in worship and to “think small”: “Our Lord was and is Lord of the small… Should not our music then positively reflect this, despite the contrary pressures from the big, anonymous world around us?” (Top-down or bottom-up: restoring the balance)

As part of David’s approach, he joins others (among them John Bell, Timothy Dudley-Smith, Brian Wren and Scottish singer Ian White in wanting us to recover the Psalms in our worship – both as paraphrases and as responses. “How ironic”, he says, “that scripture’s own songbook is the very one that we in the pew have lost.”

The idea of writing “metrical psalms” (versions of the psalms that will fit to a repeated tune, like hymn verses) is deeply embedded in Presbyterian singing traditions. (A number of hymns originally from the Scottish Psalter are featured in Singing the Faith.) However, the enduring and universal experiences that psalm writers express lend themselves to a wide range of setting – from the large scale (demanding an organ and maybe a few brass players) to praise band versions (e.g. Sing of the Lord's goodness, StF 65, and I lift my eyes up to the mountains, StF 631) and responsive readings (StF 800 – 840). 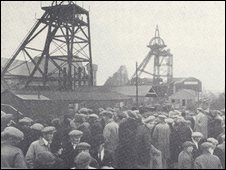 Since the mid 1980s, David has been writing his own psalm paraphrases, often with smaller congregations in mind, and Singing the Faith Plus is pleased to have published his paraphrase of Psalm 130 (Out of the depths I cry to you, O Lord), which David set to the tune “Gresford” – sometimes known as “the Miner’s hymn”.

To find out more about David’s hymn and psalm settings, see the individual posts for hymns using David’s tunes and visit David’s own website .

David is a member of the Hymn Society of Great Britain and Ireland, and from 2007 to 2013 served on its executive committee. He was also an early encourager of the Christian Songwriting Organisation email group.

[Ed. If you are interested in psalm paraphrases, you may wish to investigate In Melody and Songs: hymns from the psalm versions by Isaac Watts (Darcey Press).]