Refugees and the Bible - readings to explore

A selection of Bible readings about those who were forced to leave their homes or who faced persecution, together with suggestions of further articles and resources

For hymn suggestions and other materials related to these readings and Refugee Week, see A wandering Aramean was my ancestor – Refugee Week. A brief overview of what the Bible says about refugees can be found in Wandering people - learning from the Bible. 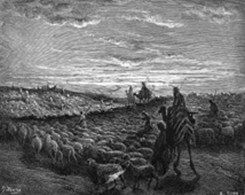 The life-changing experience of Abraham, the founding patriarch of the people of Israel, is one of leaving his home country at age 75 to seek out an unknown land that God will show him (Genesis 12: 1-9). Later in that same chapter, Abraham and his family have to escape famine and so travel on further to Egypt. It’s a story that is echoed in the experience of Jacob and his sons, who also have to travel to Egypt to escape famine and where they are given work and a new home. (Genesis 46: 1-7 and 47: 1-6)

Moses and the people of Israel

The formative event in the history of the people of Israel is their escape from Egypt – a place, now, of slavery and oppression. The Exodus happens, in the end, so fast that the Israelites haven’t even time to prepare food for the journey. Instead they bake unleavened bread on the way. (Exodus 12: 37-39)

As powerful as the event itself are the lessons that the people learn over time from what has happened to them e.g.

“When an alien resides with you in your land, you shall not oppress the alien. The alien who resides with you shall be to you as the citizen among you; you shall love the alien as yourself, for you were aliens in the land of Egypt: I am the Lord your God.” (Leviticus 19: 33-34) 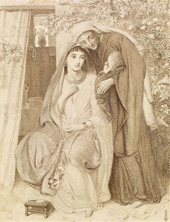 God’s decree that “you shall not strip your vineyards bare…leave them for the poor and the alien” (Leviticus 19: 9-10) bears memorable fruit in the story of Ruth, the Moabitess, and Boaz. There are suggestions that Ruth’s story is told to counter a prevailing mistrust of foreigners – not least the Moabites. We may even perceive deep prejudice in the words of Naomi, whose daughter-in-law has insisted on accompanying her back to Bethlehem as a tag-along immigrant: “I went away full,” she tells her neighbours, “and the Lord has brought me back empty.” (Ruth 1: 19-21) Naomi has no inkling of the value to her life that Ruth will bring.

Remembering the painful exiles of later periods in their history, the people of Israel recalled their grief and hopes in song: e.g. Psalm 105, Psalm 137 (which can be sung as a hymn – By the Babylonian rivers, StF 694)

Expanding on the teachings of Jesus (see Wandering people - learning from the Bible), the letters of St Paul and his successors draw strongly upon the Jewish commitment to hospitality e.g. Romans 12: 13. The writer of Hebrews even alludes to an incident in the life of Abraham and Sarah when he writes: “Do not neglect to show hospitality; by doing this, some have entertained angels unawares”. (Hebrews 13: 2 cf. Genesis 18: 1-15) The author was thinking, here, about loving fellow-Christians – but probably within a context of sporadic persecution of Christians that gives us pause when we now consider others in a similar position. 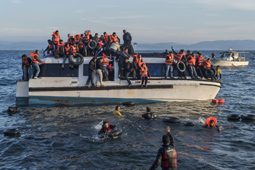