Singing in the polling booth 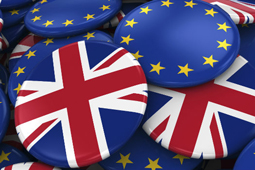 "What makes an election hymn?" Originally posed on the eve of the 2015 UK General Election, Laurence Wareing's question remains current.

The other evening, I caught the number 62 home and found myself on what sounded like an election battle bus. It turns out that, late at night, it only takes three opinionated politicos to make a bus sound noisy. I didn’t have to eavesdrop to hear clearly the conversation , which crossed political boundaries and was entirely respectful.

What was curious, however, was that it revolved entirely around opinions about individual politicians and candidates. They liked this person or that, irrespective of which party they themselves were working for. What I didn’t hear over the course of the half hour journey was any debate around policy or who might change this or improve that. It was all dispiritingly passionless.

And then I arrived home to an email from Methodist hymn writer Andrew Pratt. He’d sent what he described as an “election hymn”, and wondered whether it might be suitable for Singing the Faith Plus. 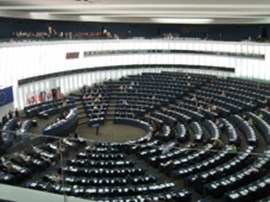 If we claim to love our neighbour was written during the Manchester and Stockport District Synod last month in response to a presentation by the Joint Public Issues team. One could not call it passionless, and in its call for the comfortable to cross the divide and experience what it means to live without comfort it certainly contains words of challenge.

If we sit beside our neighbours,
begging for the things they need,
we might share their own injustice
in a world that thrives on greed.

But is it an “election hymn”? As one of my colleagues observed, it engages effectively with the Methodist tradition of social holiness – so why limit its use to the period of an election campaign? Or has the question more to do with the fact that our congregations are made up of individuals with opinions reflecting the whole political spectrum, and that to identify a hymn as an election hymn inevitably suggests a partisan position. In the context of current political debate, it’s hard not to read a line such as “If we punish those with nothing” as anything but a swipe at the coalition government’s benefit policies. 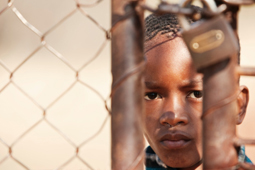 The problem is that if we don’t sing hymns of protest, challenge or anger for fear of offending our neighbour two seats down the pew, then our hymn choices will trudge with bland inevitability into the realm of easy compromise. Our worship will lose any connection with the debates going on around us: all oyster and no grit.

One might argue of course that only a relatively few number of hymns in our contemporary hymn books (Singing the Faith included) proclaim the same social awareness of a Fred Kaan, a Sydney Carter or even of a G.K. Chesterton, who wrote of pre-World War One complacency: “From lies of tongue and pen, From all the easy speeches That comfort cruel men… Deliver us, good Lord.”

Nevertheless there are hymns that, as Brian Wren puts it, “stretch the boundaries of our sung faith” – from writers as different as Graham Kendrick and John Bell, Bernadette Farrell and Shirley Erena Murray. Also see, for example, John Bell and Graham Maule's 1992 protest song, Down the road run refugees (StF website only).

And as he sat through the Manchester and Stockport District Synod, Andrew Pratt may well have wished he’d thought of the phrase “I will speak out for those who have no voices” before Dave Bankhead did.

Moreover, these hymns that explicitly tackle social inequality in our time sit within a spectrum of hymns that reflects the eternal, radical power of the Christian message. They do it with words that mean more than soundbites; with theology that runs deeper than manifestos; and with more passion than a busload of politicos. When read carefully they can make us think as well as feel. They affirm priorities from the perspective of the prophets and psalmists.

Pick any one of our Advent hymns and be reminded of a God “who clears the way” for a new kind of world. Sing Timothy Dudley-Smith or Owen Alstott’s re-workings of Mary’s “Magnificat” to re-experience a God’s-eye vision of the world in which we live. 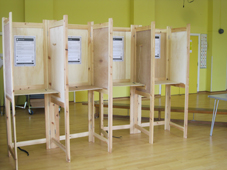 These hymns are not party-political, yet the best of them may help us shape our own political decisions. Far too often we take our hymns for granted. We get carried away by the good tunes and we tame familiar words with our churchiness, failing to understand what they might demand of us. If, in the run up to a major and unpredictable election, we don’t reassess those demands then we are failing ourselves both as citizens and as Christians.

Of course Andrew Pratt's new hymn is an election hymn, and of course it's appropriate for StF+. Andrew's words, sung from the heart, and those of countless other thoughtful hymn writers, have the power to prod, probe, castigate and challenge our decision-making right into the polling booth.

This article first appeared in the Methodist Recorder (24 April 2015) under the title "What use are hymns in an election?". Reproduced with permission.