Why topical hymns are needed 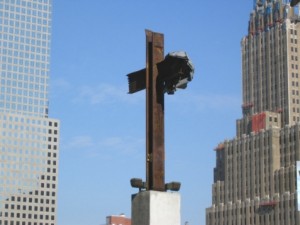 A cross in the debris. The destruction of 9/11 can be find a place in sung response. © 2011 Photos.com, a division of Getty Images

Immediate relevance is important in our sung worship, argues the Revd Andrew Pratt. Here, he writes of how others have responded to some of his own texts – and explains why immediate responses can have lasting value.

“I didn't think the church was interested in that” was a comment made by a non-church goer in relation to a hymn about the loss of the space shuttle ‘Columbia’ (2003) (“They reached for stars, beyond our grasp”).

A text on the death of Osama bin Laden (“We cannot gloat: a time for grief”) had more hits on one web site (Hymn Society in the United States and Canada) in a week than any other text had in a year. (One UK user commented: “Very helpful for those of us who were struggling more and more with every news bulletin”.) 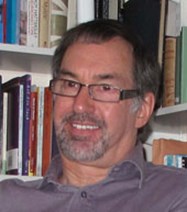 Four hymns on the 2004 Boxing Day tsunami (including “We understand tectonic plates”) were used around the world including in Sri Lanka, USA and Australia before the 31 December that year. (Ed: A more recent hymn on this theme is Andrew's "Tectonic plates beneath the ocean’s surface".)

Wide use, or interest, is not a justification for the writing or publication of resources. A lot of things get wide use and are then flushed away! But I would want to argue that our worship ought to relate to the world in which we live and where God is in this world. This can be explored in preaching and study groups, but it can also be expressed through hymns.

Hymns have the advantage of being portable. Congregations can take printed copies away to reflect on later; and they are concise, making them easier to digest than longer prose or spoken arguments. Hymns stand in the tradition of the Psalms and prophets – reflecting on, and finding vision and hope for, faith in a changing and challenging world. Hymns can help us to work out our theology that, for me, is dynamic, nothing fixed or final.

Hymns responding to crises or events require authors to work quickly enough to be topical. Such material may be time limited (the Columbia hymn remained in use for about two weeks; the 9/11 text is still in use 10 years on). To write such a text I have to work quickly without the usual time to reflect, correct and edit. I need someone committed to editing to a very tight schedule to point out any errors.

For hymns to be suitably topical they sometimes need to be posted within 12-24 hours of writing at any time of the year (remember that one tsunami occurred on Boxing Day). Do this and they can become valuable theological reference points for the moment and, perhaps, for weeks or years to come.

Also read Norman Goreham's thoughts on writing a hymn in response to the 2011 Christchurch earthquake in New Zealand. For more recent "hymns of the moment", explore Latest hymns on StF+, including A world once rent by turmoil and Hopeless to help in this violence, this crisis, both by Andrew Pratt, and Gareth Hill's When innocence is fractured.