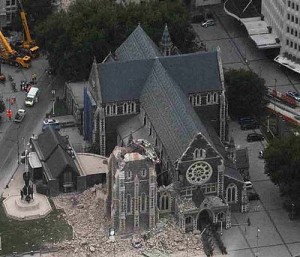 Strong biblical examples underpin the Revd Norman Goreham’s response to the February 2011 earthquake in Christchurch, New Zealand. Here he describes the way he put his hymn together.

After the massive earthquake in Christchurch, New Zealand, in February 2011, theological questions were asked, among them: Where was God in all this? Was God inactive? What should the churches now be singing?

Norman Brookes responded immediately with his hymn “When the earth’s wild hidden forces”. My hymn, “When the temple veil was rent”, was written the following Easter.

It has been observed (for example, after 9/11) that hymns responding to disasters may appropriately begin with “When…” followed by a description of the disaster, leading into a Christian response. Norman Brookes approached the subject this way, as did I: “When cathedral bells no more…” and “When sad exiles on the move…” are the opening words of stanzas 2 and 3.

Similarly, I introduced my hymn written after 9/11 – but also reflecting a number of other disasters (Australian bushfires, droughts elsewhere….) – with the words: “When disaster strikes a nation”. 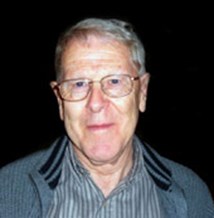 When I came to write my response to the Christchurch earthquake, thoughts were beginning to turn to the city’s reconstruction and it seemed appropriate to offer a link with the Christian theme of resurrection. In my text, the opening scriptural context is the Good Friday earthquake in Matthew 27:51. This allowed me to put into the mouths of the bystanders many of the questions being asked in Christchurch, including: “Where was God when this took place?”

Stanza 2 evokes the powerful image, beamed around the world, of the collapsed belltower of the Anglican Cathedral with a huge bell lying on the ground in a heap of fallen masonry (pictured).

Many of the city’s residents were displaced and on the move. I wondered what they would be singing in their temporary homes and this enabled me, in stanza 3, to link this question with that of the Babylonian exiles in Psalm 137:4.

Stanza four takes its cue from the Easter Day earthquake in Matthew 28:2.

Singing is an important way of expressing grief and sorrow — and of expressing praise when courage and hope re-emerge. In such circumstances, it is as if the earth, too, not just the singers, quivers with praise.

Born and trained in England, the Revd Norman Goreham moved with his family in 1976 to New Zealand where he is a supernumerary presbyter of the Methodist Church of New Zealand.