Taking a broad approach – the hymn writing of Martin Leckebusch

Hymn writer Martin Leckebusch talks to Laurence Wareing about the Psalms, Oscar Peterson, and what Sunday has got to do with Monday. 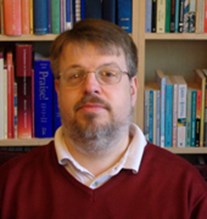 Like many hymn writers, Martin’s first text was written in response to a particular need. “I wanted to be able to sing a version of Psalm 139 (“O Lord, you have searched me and known me”) but couldn’t find anything suitable. “So, equipped with nothing more than a Maths Degree and arrogance, I said ‘Right. I’ll do it.’” The result, “My Lord, you have examined me”, turned out to be the beginning of a relationship with the biblical psalms that has had a profoud influence on Martin’s writing and his broad perspective on Christian faith.

Martin grew up through the Methodist Sunday School but his conversion to faith, aged 14, came in a Pentecostal church and it is a more conservative theological position to which he says he still holds.

“I want to be a Biblical writer”, he says, but adds that it is not only the Bible that sparks new hymns. “I draw on sermons, discussions, inspiration from creation, music and books.” Recently, he has been reading Ron Ferguson’s Chasing the Wild Goose – the story of the Iona Community. While some of the community’s values and positions step beyond his theological comfort zone, nevertheless Martin shares the community’s passion for seeing what he describes as “the Sunday impact feeding in to the impact of Monday”.

One of his early hymns, written for the annual Spring Harvest teaching and worship event, set out to “explore the Sunday/Monday dichotomy and how that can be bridged. Originally there were just the first two verses, beginning ‘Be the God of all my Sundays’ and ‘Be the God of all my Mondays’ – moving from the gathered to the scattered. But Spring Harvest came back to me and asked me to make it longer. So the third verse allowed me to express the God I see day by day through all the week”:

Be the God I serve and worship
day by day, throughout the week…
Be my God through every moment,
every circumstance I face… 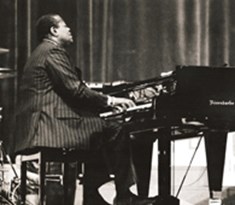 This reflects an important development in Martin’s faith journey. He suggests that because he grew up in a Pentecostal tradition, which emphasised avoiding worldliness, “it has taken me time to become more relaxed about culture generally”. Nowadays, however, the influence of (and response to) a wider culture is clearly present in his hymns, not least those inspired by tunes he has heard. One, “Give glory to Jesus”, was written to the big melody in the closing movement of Brahms’ first symphony; while “Freedom, we pray” was written after listening to Oscar Peterson’s jazz-gospel classic, “Hymn to Freedom”. Martin wondered, “Why not write a prayer to God about freedom?” The result was one of his clearest expressions of a Christian commitment to justice and the need of God’s guidance in tackling it. (Other examples include In an age of twisted values (StF 703) and Show me how to stand for justice (StF 713), based on Micah 6: 8.)

Martin has come to an understanding that “this is God’s world – he’s using us to look after it and we should be treating it in a right way”. In this way, Martin argues, eschatology (our understanding of death and an afterlife) becomes transformed into a response to the here and now. “Christians live out aspects of the future in the present, and because justice will matter on the Last Day, it must matter now.” 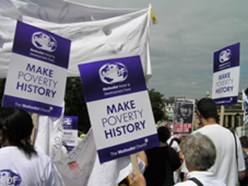 This broadening of Martin’s perspective on discipleship had already begun during his time as a student at Oxford and Brunel University in London. He’d become dissatisfied with a narrow rejection of ‘the world’, which he sees encapsulated in Bishop Graham Cray’s critique of some modern worship materials that would imply “We’ve got to get out of this place”. Rather, says Martin, one way of seeing the Church is as “the advance landing party of the age to come” – something akin to St Paul’s idea of Christians as a foretaste of God’s vision for the world, described in his letter to the Ephesians.

This belief has been reinforced by Martin’s engagement with the Book of Psalms. His first collection of hymns, More than Words, published by Kevin Mayhew in 2000, included a number of re-workings and paraphrases of psalms, so Kevin Mayhew then invited Martin to produce more versions of psalms for singing. This turned into a six year project, in which the Hebrew psalms became Martin’s sole focus – culminating in a complete set of paraphrases – The Psalms: 150 Metrical Psalms for Singing to Well-known Hymn Tunes. 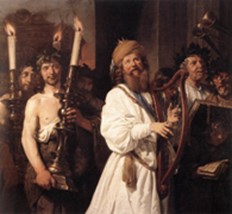 The Psalms, Martin reflects, take us on far deeper explorations of our relationship with God than what he calls the “love songs to Jesus, which the conservative evangelical side of the Church has sometimes had a tendency to emphasise.” For example, he quotes the line that begins Psalms 14 and 53: “Fools say in their hearts, ‘There is no God’”: a truly challenging starting point for a hymn!

With just a few short of 500 hymns (including the 150 psalm paraphrases) under his belt, it’s hard to say where Martin’s emphases are as a writer. Certainly, he feels that the hymns included in Singing the Faith are not entirely representative of his output. A lot of his texts, for example, are devotional or associated with the Communion service.

However, he does have this thought. Each time Martin has completed a volume of hymns and sat down to the task of creating Biblical and thematic indexes for the book, “what has surprised me is how many time times I list the theme ‘hope’ against a hymn”. In his everyday life as a family man and an IT Designer, he says that he’s in danger of being cynical, ground down by the day-to-day. Yet here in his hymns is an underlying hope – and a palpable confidence in the faith he persists in exploring: the real sign, perhaps, that the spiritual nourishment of his Sundays is providing the foundation for all his Mondays.

Explore the complete list of Martin's contributions to Singing the Faith.