The Advent hymn we do not sing 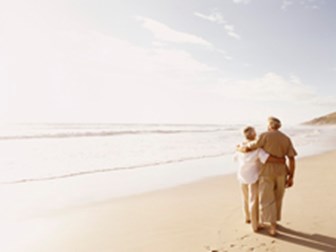 Traditionally, Advent is about “the God who clears the way”, coming “to judge the truth of word and deed” (StF 183). At the same time, we celebrate, in Wesley’s words, “our God contracted to a span, incomprehensibly made man” (StF 208). Yet, as Vance Morgan pointed out in his article ‘What Advent teaches us about ourselves’, it’s worth pausing to remind ourselves of why God chose this method of self-revelation; why incarnation in human form was worth the trouble. The answer, Vance realises, is that we are worth it.

“During this Advent season, as we await the Incarnation anew, we would do well to remember, in the midst of daily reminders of how deeply into apathy, depravity, and evil human beings are capable of descending, that we are also the recipients of divine love, a love of which, in some inexplicable way, we are worthy.”

“Alone in history [Jesus] estimated the greatness of man. One man was true to what is in you and me. He saw that God incarnates himself in man, and evermore goes forth anew to take possession of his World.” 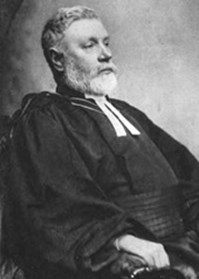 Re-reading those words, I am reminded irresistibly of George Matheson’s most enduring set of words: O love that wilt not let me go (StF 636). Matheson writes of the God who will not let him go, such is God’s love for him; of God the “light” that follows him through the experiences of this world; and of God the “joy” that seeks him in his pain.

“I cannot close my heart to thee”, Matheson writes – and is this not also our Advent experience? That God comes to be with us despite ourselves, because God thinks we are worth it? The incarnation is, after all, God’s idea – not ours.

George Matheson wrote this hymn one evening in 1881. He was a well-established minister and popular preacher; he had achieved academic distinction despite living with virtual blindness since his late teens. But on this evening, he found himself at a low ebb.

Left alone in his manse in Argyll while the rest of the family were away in Glasgow for his sister’s wedding, he began dwelling on his own broken engagement of some years previously. His fiancée had found that she couldn’t after all live her life with a blind man. It was a memory that brought to the surface extreme pain; pain which perhaps felt especially shocking to a man more usually known for his optimism and his “bouyant and inspiring spirit”. Not for nothing is the hymn located in the Conflict, Suffering and Doubt section of Singing the Faith. 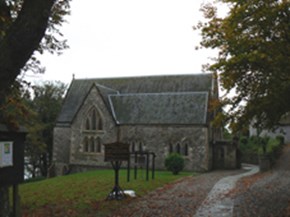 Innellan Church on Clydeside, George Matheson's first charge and where he wrote "O love that wilt not let me go"

Despite his personal grief, however, you can feel Matheson pushing through the pain to a renewed conviction of God’s unfailing presence and love. He reminds us that God’s love is such that, for all the very many concerns that we live with personally and globally, we may “rest our weary souls” in it if we can allow ourselves to. (Echoes here, too, of a far more established Advent hymn: “from our fears and sins release us, / let us find our rest in thee” – StF 169.)

To put it another way, God gifts God’s self to us – which says quite as much about us as it says about God. While acknowledging the “hardscrabble lives” so many across the world are forced to live, Robert Macfarlane writes of being moved by “the gift that, when it comes, speaks commandingly to the soul and irresistibly moves us.”

Isn’t that what George Matheson experienced when at his lowest, loneliest ebb? Isn’t this the gift we are invited to recapture as we walk the Advent walk, sometimes burdened and trudging, in the knowledge that our flickering torch may be made brighter by God’s love? Perhaps it is this that makes Matheson’s most famous text also a most appropriate Advent hymn.

Read Vance Morgan’s What Advent teaches us about ourselves (Patheos.com 3 December 2017) in full. Robert Macfarlane’s essay The Gift of Reading is published by Penguin.