Touch the earth lightly,
use the earth gently,
nourish the life of the world in our care:
gift of great wonder,
ours to surrender,
trust for the children tomorrow will bear.

We who endanger,
who create hunger,
agents of death for all creatures that live,
we who would foster
clouds of disaster,
God of our planet, forestall and forgive!

Let there be greening,
birth from the burning,
water that blesses and air that is sweet,
health in God's garden,
hope in God's children,
regeneration that peace will complete.

God of all living,
God of all loving,
God of the seedling, the snow, and the sun,
teach us, deflect us,
Christ reconnect us,
using us gently and making us one. 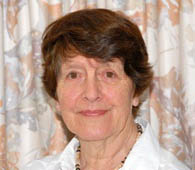 Has it become more difficult to speak of God’s presence as expressed through the natural world?

The psalmists wrote often of God’s glory perceived in creation and praised by celestial beings, and there are many hymns that echo the sentiments, not least those that sing of the fruits of our harvests, agricultural and otherwise. But as we move in to more recent times, is there a perceptible awkwardness in some of our hymn texts?

Does a certain self-consciousness creep in – marked, on the one hand, by our increased awareness of the destruction that the natural world can wreak upon human life and, on the other, by guilt at personal and governmental failures to control our arrogant consumption of natural resources and careless weakening of the world’s delicate eco-balance?

Into this tradition comes “Touch the earth lightly” by the prolific New Zealand hymn writer Shirley Erena Murray. Its lilting rhythm and avoidance of clichés give the words a freshness and sense of joy in creation balanced with hopeful realism. Shirley writes tenderly of a world that causes us to wonder, and invites us to care for it as we would a new-born baby.

The second verse, though, is a prayer of confession, admitting that we are “agents of death for all creatures that live” and praying that God, with us, will forestall the worst consequences of our actions and forgive us. The reference to “clouds of disaster” alludes specifically to nuclear testing in the Pacific Ocean region by France, against which New Zealand protested at the United Nations for many years. The testing has ended, but Shirley says that “the horrific effects on communities in their testing areas are still coming out”.

Such sentiments seem to speak to and of a rather different world than that experienced, for example, by St Francis of Assisi. In All creatures of our God and King, he envisages a glorious, unsullied creation inspiring only unquestioning praise. And when she wrote All things bright and beautiful, Cecil Frances Alexander could never have foreseen wind turbines like towering sentry guards on her purple headed mountain or ‘out-of-season’ ripe fruits imported across the oceans by mighty tankers.

Yet all these hymns share something very special that goes deeper than just a response to the natural world as seen at any one time.

Shirley Murray and Cecil Alexander both draw inspiration to some degree from a specific experience: Shirley from the impact on the Pacific environment by nuclear testing; Cecil Alexander, it is said, from views of Y Fal (the Sugarloaf) and the River Usk, encountered during a visit to Monmouthshire. Similarly, a striking hymn by the flamboyant 19th century academic John Stuart Blackie, “Angels holy, high and lowly”, is said to have been written as he sat on the banks of the River Tweed in Peebles – though it’s unlikely that, from here, Blackie had direct line of sight to the “tumbling seas” or “crag where eagle’s pride hath soared” of which he writes so eloquently.

Nevertheless, all three writers (and, who knows, maybe St Francis too) express broader faith visions inspired by a specific setting or moment. They each demonstrate an ability to attend to the moment; a too-easily forgotten discipline that we may wish to try to emulate. It is the kind of attention which, if settled upon, can perhaps help us to make connections between our world and moment and something more than our world and moment.

George MacLeod described the small Hebridean island of Iona as a “thin place”, where only a tissue paper separates the material from the spiritual. Here, he felt, heaven and earth touched each other. He was drawing on a Celtic discipline of intentionally noticing God’s presence in the ordinary, as well as the extraordinary, things around us. As the writer Esther De Waal puts it, “any moment, any object, any job of work, can become a place for encounter with God”.

It is hard, of course, to reflect on the present moment in this way in a world racing with competing stimuli. But even to acknowledge the challenge is a step towards looking at the world around us more attentively. And that, fundamentally, is what Shirley’s hymn offers us: the idea that attuning ourselves with greater empathy to our world – its natural resources and its people alike – will enable us to reconnect more fruitfully with each other and, ultimately, with the “God of the seedling, the snow, and the sun”.