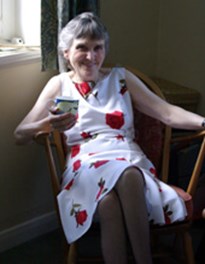 There is an energy in Rosemary Wakelin’s voice that suggests someone who is reluctant to stay in one place for long. Ordained as a “senior candidate” for the Methodist ministry in 1983, Rosemary has never quite managed to retire; she has embraced new opportunities later in life and kept her enquiring mind fit and active. She knows the value of “moving on” in faith and challenges the Church community to recognise and embrace that value also.

The need for Christians to avoid becoming stuck in a rut is explicit in her hymn One human family God has made (StF 687), chosen by Methodist Women in Britain as the inspiration for their Easter Offering worship resources in 2014. Their theme, “Risk the path he trod” (from verse 3 of Rosemary’s hymn), speaks of following Christ who “leads on and calls his Church to move” (v.2).

Rosemary’s starting point for the hymn, originally written for One World Week, was the idea that Christians are called “from love of power to power of love” (v.2). It is what she calls a “counter-cultural” idea that comes from her understanding of how Jesus lived his life.

“The world works on the idea of ‘who has it; who has lost it?’ Jesus offers a different mindset.” She gives as an example the story of Jesus being tempted in the desert (Luke 4: 1-13): “he is offered ways of being powerful and rejects them all”. And though reluctant to use the term “feminist theology” (she prefers “feminine” theology, which she feels has less association with militancy and anger), Rosemary does think that Jesus’ awareness of traditional feminine imagery, as well as his encounters with women, made a difference to the way he lived and taught.

“Jesus was born into a culture of historic Judaism. He doesn’t come out of Bethlehem fully formed; he learns on the way. He had to grow up, taking in experiences and widen his own.” Some of his most challenging conversations, Rosemary says, were with those like the Samaritan woman he meets at a well in the heat of the day (John 4: 5-42) and the Syrophoenician woman who challenges Jesus’ dismissive responses to her plea for help (Mark 7: 25-30 and Matthew 15:21-28). He understood the experience of “many women and gentle men who know what it is to suffer and to accept change”. 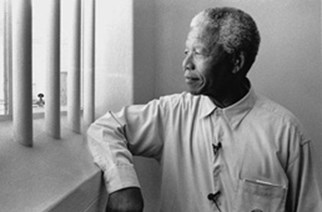 She offers as modern male examples Nelson Mandela – “gentle, gracious, highly intelligent – he came out of prison showing compassion, trusting in grace and love” – and Archbishop Desmond Tutu, “who hugged and kissed me in the vestry before a service in Birmingham – I didn’t want to wash my face afterwards!” These are men who have learnt how to give their all, no matter what – an idea that Rosemary explores in her hymn:

And are we brave enough to join
with that great company –
the cost not less than all we have
and are or hope to be? (v.3)

Quick now, here, now, always —
A condition of complete simplicity
(Costing not less than everything)
And all shall be well and
All manner of thing shall be well)

Submission to the imperatives of grace and love was the mark of the early Christian communities, Rosemary says, at a time when they were weak and persecuted. She believes that the rot set in when the Emperor Constantine made Christianity a state religion and “it became a power thing”. But reclaiming that attitude of grace and love, Rosemary says, will help us move on as Christians, as it did Nelson Mandela’s South Africa.

We cannot rest on our laurels. Following the example of Jesus, crucified “outside the city wall”, are we brave enough to “take his love outside the wall to all the crucified?” (v.3) It will take a change of attitude, Rosemary argues, that is open to allowing others to have space and enabling all members of the human family to be who God intended them to be. Nowadays, there can be a “That’s where I sit” attitude within our congregations – thinking that is as rigid as the pews that members sit in week after week as if they owned them. Speaking of the Methodist Church in Britain, Rosemary believes that “we’ve lost the challenge of the Wesleyan revival. God is always moving on, like in Moses, I know you're the man (StF 473).” Too often, she says with her parting shot, “the Church stays in one place; God doesn’t.” But when we “risk the path [Jesus] trod, / with wondering love we find we share / the timeless joy of God” (v.4).

For more hymns linking to themes in “One human family”, see Treading the path: hymns of “moving on” (including Rosemary Wakelin's "The world we thought we knew is changing fast").