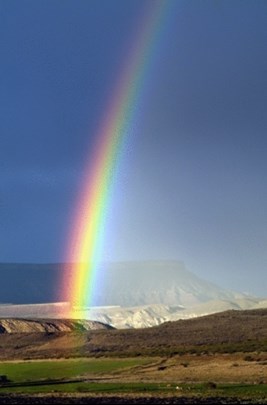 We’re the light of all the world, we are a city on a hill,
We’re a candle on a stand proclaiming light,
We will not hide our lamp beneath a bushel any more,
We will shine a ray of hope that’s burning bright.

Chorus:
We are a rainbow, sign of covenant and peace,
For the flood of tears will finally cease to be,
Come shine your rainbow, splash your hues across the sky,
Paint the world in colours proud and bold and free.

We’re a coat of many colours, sewn from many different threads,
Covering all in warmth, in welcome and in grace,
God said “Let there be light”, created every varied shade,
In the rainbow each of us can find a place.

We are hope to still believe in tomorrow’s better day,
We are peace in a world that’s torn apart,
We are joy that will last in all the struggles that we face,
We are love that blooms and grows in every heart.

When we face the storms of life, we will never be alone,
For our God will be with us on the way,
Hand in hand, side by side, we won’t be frightened* any more,
As the mourning night of tears breaks into day.

**In using the name Slocan for his tune, David notes that “it is my custom to name my hymn tunes after camps and ghost towns where Canadians of Japanese descent were interned during the Second World War. In this way I hope to ensure these place and injustices will not be forgotten.” Slocan was an internment camp in West Kootenay, housing Japanese Canadians removed from the coast of British Columbia during World War II. 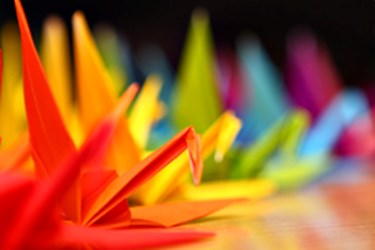 This is what may be termed a “layered hymn” – both specific, as a statement of faith for members of the LGBTQI+ communities, and general, rejoicing in the task of Christian evangelism. It’s a hymn that will be valuable to affirming congregations and for focused LGBTQI+ services, for example around Pride celebrations or Transgender Remembrance. At the same time, with its basis in the teaching of Jesus (see below), this is a text that sits well with biblical passages that speak to mission and evangelism, not least the event of Pentecost and other episodes in the book of Acts, as well as the writings of St Paul.

As one member of the StF hymn submissions group observed, it is telling that Jesus’ teaching, “You are the light of the world” (together with “You are the salt of the earth”) follows on directly from The Beatitudes. (Matthew 5). Those who are persecuted, mournful, hungering for peace and righteousness Jesus declares to be light-givers, “so perhaps these words are indeed affirming for those who find themselves in that place”. David Kai himself says “the hymn suggests that Affirming Ministries have a badly needed light which they can proudly share with the world”. 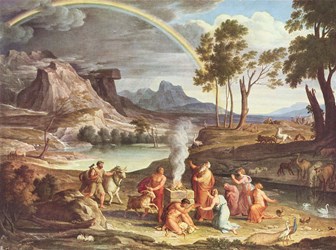 David’s words also draw together allusions to several other of the more familiar passages in the Bible, in particular:

Importantly, with its pre-echoes of The Beatitudes, David also draws on words of the psalmist: “Weeping may linger for the night, but joy comes with the morning” (Psalm 30: 5b). It is this hope that enables us to sing that “the flood of tears will finally cease to be” (chorus) and to rejoice in the Christian task of being hope, peace, joy and love in the world (v.3). We do this in the profound knowledge that God stands alongside us on the way (v.4).

With the suggestion of the word “clobbered” as an alternative for “frightened” in the final verse, David also reminds us that living out faith in an open and transparent way can bring pain and violent responses, not least for members of the LGBTQI+ communities. 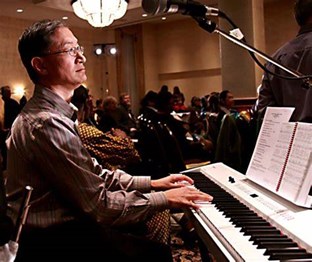 David is a composer, songwriter and arranger who grew up in Toronto. His work reflects his own background as a Sansei (a third generation Canadian of Japanese descent), and his eclectic musical training and experience. Influences upon him include Japanese melodies sung and picked out on the piano by his grandmother, big-band music beloved by his parents, Beatles tunes, classical piano lessons, and later, jazz studies.

David was commissioned as a diaconal minister in 1987, David served in pastoral charges in Birtle, Manitoba, Orleans and Ajax, Ontario. He has written hymn tunes and arrangements in collaboration with authors and composers such as Ruth Duck, Pat Mayberry and Brian Wren. He was a member of the committee that produced the Voices United hymn book, and also provided music for the Bible Quest curriculum and the More Voices hymn supplement. His hymns and arrangements have appeared in hymn books and collections in Canada, China and the USA. David and spouse Marly Bown live near Grand Bend, Ontario, and have three adult children.

Explore some David’s other compositions at www.sites.google.com/site/davidwkaimusic