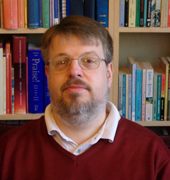 Martin Leckebusch is one of our most prolific contemporary hymn writers. At the latest count he’d written just a few short of 500 hymns (seven of them in Singing the Faith), 150 of which are metrical paraphrases of psalms.

During a wide-ranging interview with Singing the Faith Plus, Martin touched on a number of issues on which he has reflected during the course of his hymn-writing career, in particular the three below. They are not everything he thinks about when he’s writing, but they are important matters for him. We thought they were worth sharing here, both to highlight issues that any aspiring hymn writer may wish to consider, and also to encourage wider discussion.

So – in no particular order… 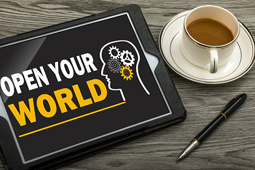 Increasing our ‘linguistic base’

Martin observes that “intelligent discipleship means applying unchanging truth to a changing world in a way which will genuinely honour God.”

It’s a balancing act, but it comes down to taking care to avoid using Christian ‘jargon’ as a prop when expressing our faith in words. In More than Words, Martin’s 2000 collection of hymns, he writes:

Too often our ‘religious’ language is alien to outsiders or new Christians. Even worse, we indulge in a kind of linguistic schizophrenia when we use one set of vocabulary on Sundays (save, splendour, blessing, cleanse, magnify) and another (rescue, brilliance, benefit, wash, applaud) on Mondays. It is all too easy to divorce faith from daily living!

He adds: “We need a wider linguistic base – expressing ideas in a fresh way. Some words are threaded through hymns too easily.” He mentions Fred Kaan, for example – “who pushed the boundaries out in terms of what one could write about and the language one could use to write about it.” 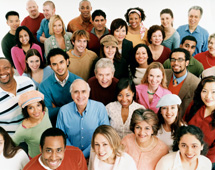 “Male language is not something that grates with me,” he says. “But I heard Janet Wootton [a writer, academic and minister in the United Reformed Church] speak about how she had become ‘invisible’ when she went to church growing up”. She and other women were deemed to be covered by the use of such words as ‘mankind’ and ‘men’. Martin is respectful of this concern. “Following St Paul in his first letter to the Corinthians, which speaks about respect for those who’ve got different convictions, I don’t see that it’s necessarily helpful if I insist on writing in all masculine language if there are those who find that difficult.”

He has more of a problem with using non-male language for the Godhead – “I’m on the edge of where I feel comfortable talking about a feminine Spirit. Though I understand that the word for Spirit is feminine in Hebrew, I remain careful about how I express this in my texts.” (Whereas, for example, the writer Brian Wren has revised many of his earlier, well-known hymns in order to speak of God in non-male terms.) 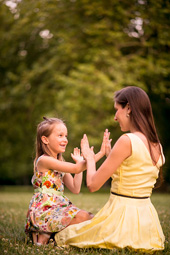 As an aspiring hymn writer, Martin sent some of his early texts to Timothy Dudley-Smith, one of the leading hymn writers of his generation. In due course, a reply came back that included some detailed comments about Martin’s writing. He remembers: “I had to read it several times before I knew whether he as saying ‘Carry on’ or ‘Give up’.”

Dudley-Smith’s criticisms were formative for Martin. He wrote, in particular, about lax rhymes and, nowadays, Martin is insistent on the importance of rhyme in hymns – “too many modern hymns don’t bother”, he says. Nor was Martin’s early use of metre strict enough. Dudley-Smith reminded him that he was writing hymns for a congregation, not songs for a soloist – which can be freer in rhythm. (See Ian Worsfold’s guide to hymn metre.)

Dudley-Smith’s summary advice for Martin was to “tidy up” his texts. Nowadays, Martin takes his time. He gets his first thoughts down on paper or screen – and then lets them sit for a while in order to get some distance from them. “I will leave a text to lie for a month before returning to it with a critical eye.”