All things bright and beautiful 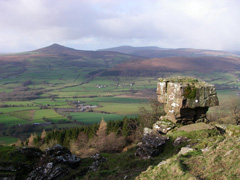 The purple headed mountain? Y Fal (the Sugarloaf) in Monmouthshire

Though written originally for children, as Percy Dearmer observed in 1933 “grown-up people, very rightly, insist more and more on singing this hymn”. It offers a Christian reflection on the details of nature and on God as creator. Other hymns in the Glory of God in Creation And Providence section of Singing the Faith engage with this subject (e.g. Francis of Assisi’s All creatures of our God and King (StF 99); For the beauty of the earth (StF 102); I sing the almighty power of God (StF 107) by Isaac Watts. They are suitable for use during Creationtide and at Harvest Festivals. See also the harvest hymns in Times and Seasons.

Given that the news often focuses on natural disasters (we have a number of hymns published on Singing the Faith Plus that respond to the questions arising when nature “goes wrong” - see the Conflict, Suffering and Doubt section), it is good spend time on occasions remembering all that is good in the world around us. 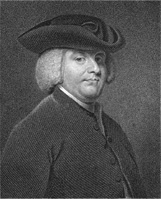 God's work is seen in the designs of nature, said William Paley

Many of Alexander’s hymns expanded upon Christian creedal statements. “She most often wrote to explain something essential in Christian belief, to answer and address basic questions of faith rather than describing religious feelings and religious experiences,” wrote Vincent Lenti in The Hymn. There is a green hill far away is one good example, and this hymn is another.

It takes as its starting point the article of the Apostle’s Creed which states that God is “Maker of Heaven and Earth”: “the Lord God has made them all” is Alexander’s running refrain.

Other possible influences on the words have been identified, including lines from Samuel Taylor Coleridge’s The Rime of the Ancient Mariner:

He prayeth best, who loveth best;
All things great and small;
For the dear God who loveth us;
He made and loveth all.

Another influence may have been William Paley’s Natural Theology, published in 1802, which argues for the reality of God on the basis of reason and ordinary experience of nature. He wrote: “The marks of design are too strong to be got over. Design must have had a designer. That designer must have been a person. That person is God.”

Singing the Faith includes four verses; the original text has seven, including what the the hymn editor Percy Dearmer called “the appalling verse”:

The rich man in his castle,
The poor man at his gate:
God made them high and lowly,
And ordered their estate.

Dearmer comments that Alexander must have forgotten Jesus’ parable of a rich man (Dives) and Lazarus (Luke 16: 19-31), and how Lazarus lay ‘at his gate’; “but then she had been brought up in the atmosphere of a land-agent on an Irish estate”.

He goes on, however, to acknowledge “how admirable is the song as a whole, and how excellently carried out! Lines like ‘The ripe fruits in the garden’ (v.3) are perfect examples of good poetry in its simplest form.”* 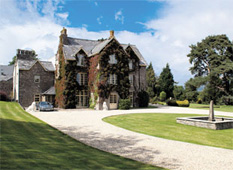 It is thought that a stay in the late 16th century Llanwenarth House in Govilon, Monmouthshire, in 1848 may have inspired Alexander to write this hymn. The nearby Blorenge and Sugarloaf Mountains, together with the River Usk, are said to have inspired the lines: “the purple-headed mountain, the river running by”. (Singing the Faith has altered the line to read “purple-heathered…”). There remains a question of whether the hymn would have been written so close to the date of inclusion in Hymns for Little Children, published that same year.

Other locations identified as possible inspirations include Markree Castle near Sligo, and Minehead and the nearby village of Dunster, in which case the "purple headed mountain" might refer to Grabbist Hill and the river to the River Avill.

In August 2015, “All things bright and beautiful” made it into the news when a property developer was fined £300,000 for illegally modernising Llanwenarth House, now a Grade II listed building. The prosecuting lawyer said: “Most of what was originally in that property had been stripped out and dumped… Layers of history were ripped out and discarded.” 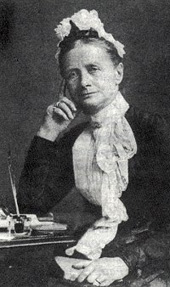 Mrs Cecil Frances Alexander (1818 – 1895) was born in Dublin but spent a good part of her later life in Londonderry and Strabane. She married William Alexander (later Bishop of Derry) in 1850. Her Hymns for Little Children became a sacred classic, helping to fund a school for deaf and dumb children in Strabane. Her hymns and poems made her a celebrity and were admired by Disraeli, the historian Macaulay, Tennyson and Mark Twain.

The French composer Charles Gounod said that some of her lyrics "seemed to set themselves to music”.