Abide with me; fast falls the eventide 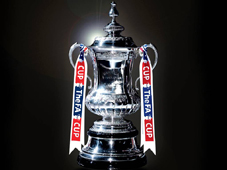 "Abide with me" is often sung at big football occasions

‘Abide with me’ is a hymn deeply embedded in the wider public consciousness, as well as that of Christian worshippers. Some of this has to do with its close association with William Monk’s tune ‘Eventide’. (Monk had discovered the hymn and included it in the first edition of Hymns Ancient and Modern.)

The hymn is sung regularly at public events and in many versions, including at FA Cup finals and other footballing events. Movingly, it was sung in 2014 at 25th anniversary memorial gatherings for victims of the 1989 Hillsborough disaster. Emile Sandé performed the hymn at the opening ceremony of the 2012 London Olympics. It is also said to have been a favourite hymn of Mahatma Ghandi, and the story also goes that this hymn was played by the on-ship band during the sinking of RMS Titanic.

Written probably in 1847 and published in leaflet form in the same year, the original hymn had eight verses. According to Henry Lyte’s daughter, the hymn was handed to a near relative on Sunday, 5 September, after Lyte had preached for the last time in Lower Brixham Church in Devon.

At the time, Lyte was suffering from asthma and tuberculosis and he died just three weeks later in Nice, where he had gone in the hope of benefiting from the warmer climate. The hymn may reflect Lyte’s own sense of his mortality. Some suggest, however, that he had been inspired some years earlier following a visit to a dying friend who, on his death bed, quoted words from Luke 24:29, in which two disciples walking towards to Emmaus ask the resurrected Jesus to ‘abide with us, for it is evening and day is almost spent’. 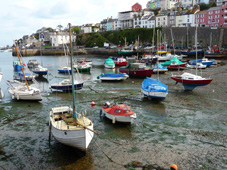 Whatever the immediate inspiration, many singers still find meaning in Lyte’s use of the symbol of eventide. This is eventide as evening, the close of day and the end of life; it is also eventide as the evening tide, which as low tide is also associated with death. The image is made explicit in verse 2: ‘Swift to its close ebbs out life’s little day’. The ebbing tide would have been a daily sight for Lyte who, for 23 years, was ‘perpetual curate’ of Lower Brixham, a harbour town on the Devon coast. In verse 4 there is also a strong biblical reference to 1 Corinthians 15:55 ff.: ‘where is death’s sting? Where, grave, thy victory?’

Henry Lyte was born in Ednam in the Scottish Borders in 1873 and was educated in Ireland. Originally he intended to pursue medicine but decided instead that the ministry was “a worthwhile profession”. He served as a curate in Ireland and later in Cornwall and Hampshire before moving to Lower Brixham. Other of his hymns include Praise, my soul, the King of heaven (StF 83), from his 1834 collection Spirit of the Psalms, and Praise the Lord, his glories show (StF 84).