God of grace and God of glory

NOTE: This hymn has been cleared by the copyright administrator, Mr Steven Downs, for reproduction on local service sheets and also for projection via the Singing the Faith electronic words edition or in other projected formats. 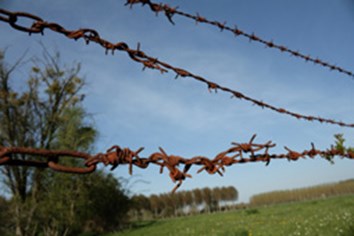 This is a hymn born out of conflict (see below) but driven by hope. The heartfelt plea, “cure your children's warring madness; bend our pride to your control” (v.3) sits alongside a prayer for wisdom and courage – that we may serve whom we adore (v.4). Though the words reflect a particular time, place and controversy, they speak with powerful relevance into modern day times of political conflict and division as well as our personal and community experiences of argument and hurt.

Fosdick’s hymn will prove useful for many reflections on the world around us; within a service of healing; and as a response to the theme of preparation and judgement that threads its way through the season of Advent.

Consider using this text, also, as a basis for small group discussion and bible study. For example: 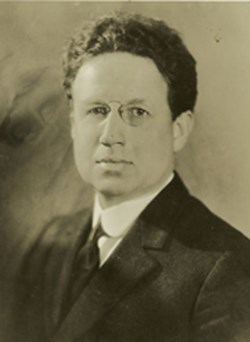 “My grandfather, Harry Emerson Fosdick, was a Baptist minister, preaching in a Presbyterian Church in New York City. At the time, the fundamentalist national Presbyterian Church was undertaking a purge of liberal preachers and was surprised to find a liberal Baptist preaching in one of its churches. (The local Presbyterian church strongly supported my grandfather but the national Church was not to be put off.) After a protracted struggle that made my grandfather probably the best known preacher in the country, he was forced to resign. 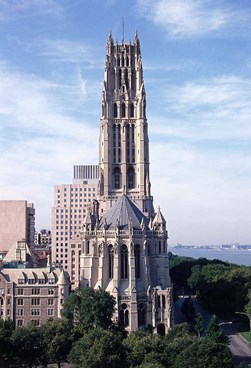 “Rockefeller replied that he would build a new church that would be completely non-denominational. As for his wealth, he asked my grandfather if he thought he would be more criticized for Rockefeller’s wealth or would Rockefeller be more criticized for my grandfather's theology. After the laughing stopped they made a deal and the Riverside Church was born, non-denominational and staunchly progressive. It still is today.

“For the day that Riverside was dedicated – February 8, 1931 – my grandfather wrote the hymn “God of Grace and God of Glory”. You can sense in the hymn a little of the combat he had just been through trying to modernize the Church and move it away from the narrowness of the fundamentalists.”

Harry Emerson Fosdick (1878 –1969) was one of liberal Protestantism’s most influential voices. He advocated “social gospel Christianity” and was a significant influence on the preaching and vision of Martin Luther King. Though a Baptist, he was called to minister at New York City’s First Presbyterian Church in Manhattan Village and, from there, became a key figure in the controversy between “fundamentalists” and “modernists” (liberals) in early twentieth century America.

Fosdick challenged Christian fundamentalism’s literal reading of the Bible and rejection of historical biblical analysis. As a result, he was forced to resign from First Presbyterian in 1925 and subsequently he took up the offer described above made to him by John D. Rockefeller.

Much has been written about Fosdick, much of it positive, and he himself was a prolific author. An interesting alternative perspective is Tim Challies’s account of Fosdick as a “false teacher”.