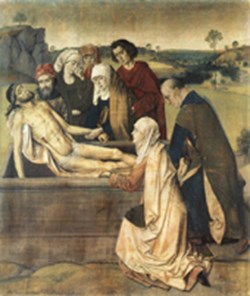 The teacher and writer Alan Lewis used to talk of workshops that he’d led on the theme of Easter. The trouble was, he said, that groups were happy to talk about Good Friday but then they wanted to jump forward to Easter Day as quickly as possible. That long hiatus of Holy Saturday (often referred to, incorrectly, as "Easter Saturday"), when Jesus lies alone in a borrowed tomb, was to be avoided.

Was that, Alan wondered, because we simply don’t like talking about death?

Alan came to understand that God’s aloneness and despair on Holy Saturday is precisely that part of the Easter story that most closely mirrors so much of our own human experience. Three events of the last century, he suggests, bring into focus the sense of despair we so often feel about our world: 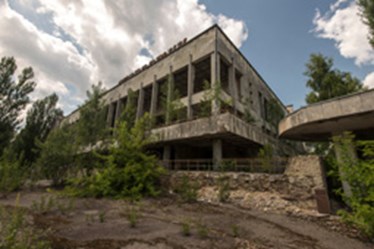 Derelict building in the aftermath of the 1986 Chernobyl nuclear disaster

. . . three events that represent the possibility of soulless inhumanity, a nuclear winter and, at Chernobyl, “the terrible possibility of planetary death . . . the ultimate eco-catastrophe”.

Alan asks: “Who and where is God if God’s power and love can sustain such losses and accede to such defeats?” Is God uninterested, absent or dead?

Does such bleakness as we often experience in the world around us, such inhumanity that screams daily from our newspapers, such injustice that we seem powerless to prevent, offer another possibility?

For Alan, Holy Saturday points to a new way of being. On Holy Saturday, the cold presence of the tomb (Jesus and all he stood for trapped behind an immoveable rock) speaks of collapsed confidence and abolished optimism. This was the experience of the disciples - wherever it was they'd fled to.

But the bleakness of their situation and the cruel insinuations of the tomb open us, as it would eventually open them, to the possibility of a different way of looking at tomorrow: a way not of fragile, shattered optimism but of strong un-killable hope.

“For hope, finding space to flourish in the very absence of optimism, is the courage not to be swallowed by despair but, in frank acknowledgement of rampant evil and negation, to trust in the possibility for life and creativity amid and beyond that malign [super-power], though assuredly not in its denial or avoidance. The very realities which banish confidence and legitimise despair also invite a hopeful embrace of love’s living power to prevail in history.” 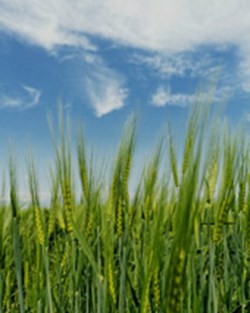 Alan liked to say that the only truly authentic Easter hymn was the one that begins Now the green blade rises from the buried grain (StF 306). It speaks of hope (not optimism) present in all our Holy Saturdays of death and despair, ready to push through and grow once more in the shape of God’s love.

The question is: if the aloneness and despair of Holy Saturday is precisely that part of the Easter story which most closely mirrors so much of our own human experience why, then, is it the part of the story that Christians most usually avoid?

Quotations taken from Between Cross and Resurrection: A Theology of Holy Saturday
by Alan E. Lewis (published by Wm B Eerdmans Pub Co., 2001)