BLM - the forgotten life of a campaigning hymn writer

As the Black Lives Matter movement has re-ignited in the summer of 2020, in the wake of the killing of George Floyd in Minneapolis, statues of those in different ways associated with the slave trade have become focal points for expressions of profound anger. One such statue is situated in the Central Park of Whittier in California. 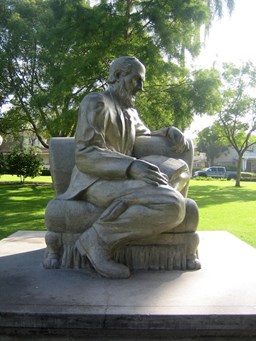 On 14 June, the words “(expletive) Slave Owners” were found spray-painted across the statue of a seated man: across his face, chest, book and chair.

The man commemorated here is John Greenleaf Whittier, for whom the city itself is named. Whittier (1807 – 1892) was a Quaker, a prolific magazine editor and, in his time, a popular poet.

Though nowadays he and his poetry are not remembered, at least in the UK, to the same degree as his contemporaries Longfellow, Oliver Wendell Holmes, and Ralph Waldo Emerson, nevertheless he turns up in Singing the Faith as the author of a hymn that consistently makes it into lists of the top ten favourite hymns in Britain: Dear Lord and Father of mankind (StF 495). (In 2005, the hymn was voted second only to Jerusalem in the BBC Songs of Praise poll to find the UK’s favourite hymn.) Whittier's poetry was as much informed by his Quaker beliefs as by his desire (inspired by Robert Burns) to capture his native, rural, New England environment in poetic form.

But probably Whittier’s most significant claim to fame is as a campaigner for the abolition of slavery in America. “John Greenleaf Whittier did not enslave people, and indeed, was a leading anti-slavery activist in his time,” a local Whittier newspaper was told by Celia Caust-Ellenbogen, an archivist at the Friends Historical Library of Swarthmore College.* Whittier was a founder-delegate at the first meeting of the American Anti-Slavery Convention and later said, “I set a higher value on my name as appended to the Anti-Slavery Declaration of 1833 than on the title-page of any book.” 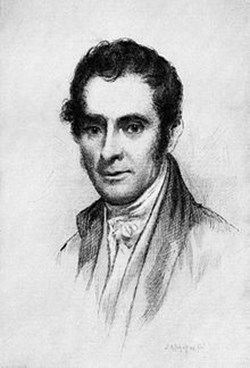 Before signing that declaration, Whittier had already established himself as a leading activist for the cause. Born in 1807, into a Quaker farming family in Massachusetts, he had a strong social conscience and by the time he was twenty he was already expressing his abolitionist views through his poetry. The first published collection of his poetry (produced without his knowledge by abolitionists in Boston) was called ‘Poems Written During the Progress of the Abolition Question in the United States, Between the Years 1830 and 1838’.

He went on to edit a number of abolitionist newspapers and magazines – and helped found The Monthly Atlantic, which still exists as The Atlantic. It was in this magazine that the poem was published from which the verses of Dear Lord and Father of mankind are drawn (see our hymn post to find out more).

Whittier wrote against a campaign to resolve the slavery issue by sending American blacks, slave and free, back to Africa. He attacked the hypocrisy of Southern clergy who supported the institution of slavery. He founded the antislavery Liberty party in 1840, and in the same year attended the World Anti-Slavery Convention in London. 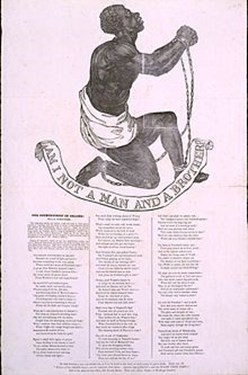 At one level, it may or may not have been a misunderstanding that his statue was targeted in June 2020. Whittier, of all people, would have understood the deep-rooted anger expressed through the BLM movement.

However, he would also have understood the injustice that – as Caust-Ellenbogen says – “while Whittier is celebrated for his poetry and his activist legacy, there are numerous African American poets and activists of his era (such as Frances E.W. Harper, James Madison Bell, and James M. Whitfield) who have received too little recognition. The statues in this country over-represent the influence of White people and under-represent the importance of people of color.”

A broadside (poster) publication of
Whittier's "Our Countrymen in Chains"

More about Whittier the poet at the Poetry Foundation website. Also read about James Montgomery, author of Hail to the Lord's Anointed (StF 228) and another opponent of the slave trade.