Jesus' ministry – a gap in Singing the Faith? 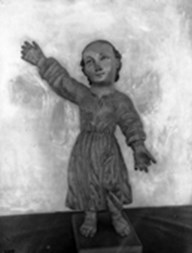 Whatever happened to Jesus when he grew up? (Statue of the boy Jesus from Mission San Carlos Borromeo, Monterey)

Where are our hymns about the grown-up Jesus?

The minister and hymn writer Leith Fisher once observed that “our hymn books have been very light on the life of Jesus”. Presumably he wasn’t referring to the birth and passion of Jesus. Both those events have inspired countless hymns and carols, many of them deeply imbedded in our national culture as well as the life of the Church.

But what about the thirty or so years in between; the years of growing up and adult living? In particular, what of the few years of active, wandering ministry?

Many of our deep-seated, if sometimes misleading, images of the biblical narrative come from hymns – from Away in a manger (StF 191) to There is a green hill far away (StF 284). But where are the hymns that retell the teachings, the healings and the encounters that had such a profound influence on those who met and followed him?

It’s fair to say, isn’t it, that most of our hymns reflect theologically and spiritually on the faith that Jesus enacted and shared. Far fewer of them tell the story itself than was once the case. Hardly any rephrase the stories of this time with memorable tunes in the way that, say, Hushed was the evening hymn offers a once-familiar retelling of the story of Samuel in the temple (1 Samuel 3).

Yet it was the words and actions of Jesus’ ministry that provided the template for mission and daily life taken up by the first Christian communities, the people of “the way”. As one writer has put it: "The early Jesus movement seems to have been centred around doing. Practice – practising Jesus’ teaching." So why are hymns about this period of Jesus’ life largely absent from Singing the Faith and many other hymn books? 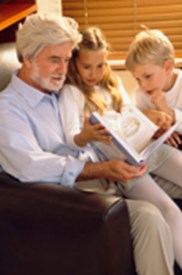 How well do we re-tell the stories of Jesus? © 2015 Thinkstock UK, a division of Getty Images

It’s true that Methodists often speak of hymns as their sung theology. “Telling the story” is not the central task of hymns, we might argue; that’s what the gospel accounts are for. (Perhaps it was a statement of changed times and priorities that neither “Tell me the stories of Jesus” nor “Tell me the old, old story” was included in Singing the Faith.) Or maybe we nowadays wish to avoid the danger of attaching over-simplistic, Sunday School-style meanings to stories that often have greater theological complexity in their original context. On the other hand, in an age when fewer children go to Sunday School and far fewer adults know the basic facts of the gospel stories, is there an argument for re-introducing the basic stories back into our hymn-singing tradition? As United Reformed Church minister the Revd Fiona Bennett comments:

"Perhaps to write hymns about what Jesus did might become too sermony as we try to express some sense of calling or worship from those events; but to express a story in song is a good way of making it stick and adding emotion."

Alternatively, is the lack of hymns about Jesus’ ministry also down to the fact that our hymnody, like much else in our church life, is built around the Church year in which we give weight to Advent and Christmas and then jump almost without pausing for breath to Lent, Easter and Pentecost, relegating the rest of the story to “ordinary time”? Alternatively, is it because we wish to spend more time reflecting on the incarnation and resurrection that have “saved us”, and less on the day to day implications of Jesus’ way of living? 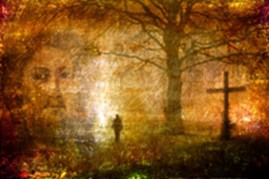 None of this is to suggest that there are no hymns of Jesus’ ministry in Singing the Faith. There is, after all, an entire section headed The Ministry of Jesus Christ (StF 242 – 258). And of course there are hymns of Jesus’ ministry to be found elsewhere. Leith Fisher, who set off our train of thought and who contributes Says Jesus, ‘Come and gather round’ to Singing the Faith, also penned “Out of the flowing river”, describing Jesus’ baptism in the river Jordan. Peter Smith collated stories of healing in “When Jesus the healer passed through Galilee” (included in Hymns and Psalms), and Martin Leckebusch uses Jesus’ post-resurrection lakeside breakfast with his disciples (John 21) as the basis for “You stood there on the shoreline”. Brian Wren, too, describes a number of encounters with Jesus, not least by women, in his hymns “A woman in the crowd” and “Woman in the night”, and offers a striking overview of Jesus’ “costly, unexpected love” in “A man of ancient time and place”.

In the end, though, it’s hard not to conclude that Leith was right. Our hymn books have indeed been “very light on the life of Jesus”, at least in more recent times, and perhaps our worship is the worse for it. Maybe the time has come to set the omission right.

So what do we have in Singing the Faith?

Broadly, we might divide the hymns about Jesus’ ministry into three categories. A good number of these occur in the Ministry of Jesus Christ section of the printed book, but not all.