Sorting through a music cupboard in a Lutheran church in Canada one afternoon, Colleen Muriel came across an old hymn book. The words inside it captivated her, resulting in years of commitment to reviving older hymns. 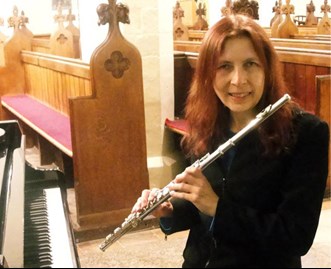 Working at the time as music director of the congregation, Colleen found herself sitting at a piano on Sunday afternoons and creating tunes to go with these words, with their “thees” and “thous”. The hymns in the book were already had musical settings, but Colleen disregarded them – she wanted instead to express the words in her own way, making them more her own.

Colleen Muriel is a professional musician, originally from Vancouver, Canada, but settled in south-east England for well over a decade now. Before that, she had been coming and going to the UK, pursuing her musical studies, drawn in particular to the study of older musical forms. After all, she says, quoting the old mantra, “if you don’t know where you’ve come from, how can you know where you’re going?”

In part, this interest lies behind the many settings she has since made of older hymn texts, which range from familiar Christmas carols to now rarely sung hymns such as Henry Dexter’s “Shepherd of tender youth”, a translation of words by the church father, Clement of Alexandria. But there’s more to it than that – something even beyond that much disparaged word “nostalgia”. “If I had a desire to change thee’s and thou’s to you’s and yours, I could have”, Colleen says. “But I was interested in what it was like to be in that moment. 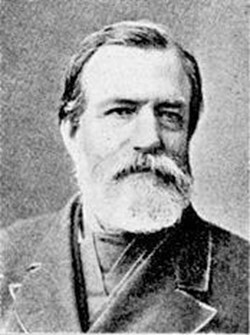 “Hymns are people’s expression of faith, right?  I was fascinated by how historical people were expressing their faith – before this, I’d had no connection with these people.”

There is, in other words, something of a communion with the saints being expressed through Colleen’s settings – a melding together of then and now.

At the same time, Colleen is a practical musician. She has worked with so many different churches and music groups over the years, across a wide range of denominational traditions, and has learned to work with what’s at hand. Her settings have been arranged and re-arranged, often many times, for different musical combinations. There’s a joke that goes around amongst her friends and colleagues: “If it’s got an option or ten different versions, we know it’s Colleen’s!”

Many of these arrangements have been gathered into a series of available collections – Christmas Music, The Hymnbook, and Old Familiar Hymns with New Tunes. Each collection does exactly what it says on the tin, with accessible new melodies that permit us to sing old words in fresh ways. The varied instrumental versions are also an encouragement to church musicians everywhere to be pragmatic – to use the talent and the instruments that are available at any one time, from flute and piano to French horn or Northumbrian pipes.

There’s a valuable lesson in Colleen Muriel’s work. We can take something old to help reconnect us to our traditions; while at one and the same time, making something new – hymns that express something of our own selves and of our own times.

Colleen's hymns and collections are available at http://hymns-colleenmuriel.ca/ They are available as free downloads or you can purchase the sheet music.

[Another musician who has explored older texts and composed new tunes for them is singer-songwriter Garth Hewitt. On his album Liberty is Near!, Garth explores the National Chartist Hymn Book, which contains powerful and poetic lyrics with a spirituality committed to social justice. The published hymn book only contained lyrics, all written around 1845, so Garth brings them alive with his own music. The CD is available from Garth's own website. He also speaks about the Chartist Hymn Book project in this short interview.]