The folk-song of the Church 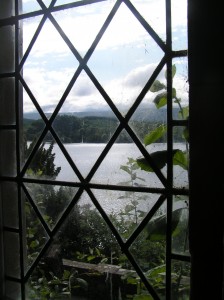 ‘The Folk-song of the Church’ is a phrase probably coined by the late Eric Routley as an apt description of hymnody.

Performance songs, whether they be from Handel’s Messiah or the latest album of a Christian rock-star were not primarily written for congregational purposes. But hymns have been and should always be intended for corporate use, enabling the people of God to sing their faith and praise their Maker, irrespective of their musical pedigree.

For as long as there have been hymns, there have been sacred texts set to folk tunes. Indeed it is possible that some of the psalms may have been given voice thanks to ancient Jewish folk melodies. Purists who believe that good church music ended when Bach died in 1750 are often oblivious to the fact that some of the Lutheran tunes which he so gloriously harmonised had their origins in city taverns or rural ceilidhs. Such elitists also forget that the glorious English hymn tune Helmsley (Lo! He comes in clouds descending) started life as a sea shanty; and that Vaughan Williams, the most English of composers, delighted in bringing English folk melodies out of near oblivion into the singing of the church.

Every nation (with the exception until recently of Calvinist Scotland) has employed native tunes to articulate religious texts. This is true of such diverse countries as the Philippines, Sweden and El Salvador. Hence tunes from these countries flow easily into the singing of British Christians. The melodies have been honed to suit the corporate voice, rather than elaborated to flatter soloists.

And this is right and good, because one of the things which an indigenous melody does is to celebrate the incarnation. When people in the four nations comprising the United Kingdom or people in Argentina, Iceland or the Koreas use their folk tradition as a vehicle for articulating their praise, they allow their native culture to cradle the Gospel. Jesus is no longer a servant of the religious printing presses of the imperialist West. Rather he and his words come close through the intentionally diverse styles of music which the Holy Spirit has gloriously birthed across the globe. 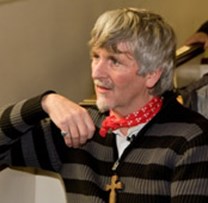 John Bell is the most represented contemporary hymn writer in Singing the Faith. His words are often set to traditional Scottish folk melodies. Select his name in the 'Authors and arrangers' category to find out more.