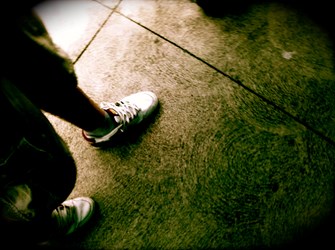 We shall seek justice
wherever tyranny may reign,
we shall spread mercy
to those in loneliness or pain
and into darkness
we shall bring candles once again
as we walk humbly –
joyously and humbly
with our God.

The words of “Micah Refrain” first appeared in this arrangement by Larry Schultz in In Our Own Voice: hymns of Pullen Memorial Baptist Church, a commemorative hymn collection compiled to mark the 125th anniversary of the congregation.

Pullen describes itself as a “progressive faith community, deeply rooted in the heart of Raleigh, North Carolina, committed to love, and laboring for justice”. Its members embrace “God’s radical vision”, which they summarise as: “You are loved, You are enough”. The congregation takes as its touchstone a slightly adapted version of Micah 6:8 – “Do justice, Love compassion, Live humbly”. (More at https://www.pullen.org/about-pullen)

“Micah Refrain” began life as part of a longer hymn of a building dedication hymn, “In reverent joy we gather in this space”. It quickly became apparent that these lines formed a thoughtful worship song or sung response in their own right. They don’t simply repeat the words of Micah but add a reflective gloss on them, like a sung catechism.

Where is God’s justice required? “Wherever tyranny may reign.”.
Who needs God’s mercy? “Those living in loneliness or pain.”
How will we walk/live with God? “Humbly – but also joyously.”

Another of Larry Schultz's hymns, "We are a people on a journey", also incorporates the Micah 6:8 formula in the final stanza ("living justly, serving kindly, walking humbly") and uses the metaphor of a "journey". Available here. 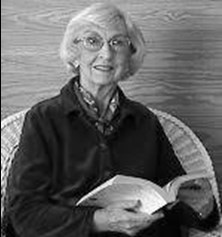 Dr Sally Buckner (1931 - 2018) was a life-long North Carolinian who published fiction, reviews, essays, plays, and poetry collections. A member of Pullen Memorial Baptist Church, she had taught at every level from kindergarten through graduate school. For 28 years, until her retirement in 1998, Sally taught literature and writing at William Peace University. In recognition of the encouragement Sally gave to the culture of creative writing in North Carolina (including editing the anthology Words and Witness: 100 Years of North Carolina Poetry), in 2016 Sally received the Order of the Longleaf Pine from the State of North Carolina; and in 2017 she was awarded an Honorary Doctorate Degree in Humanities from William Peace. 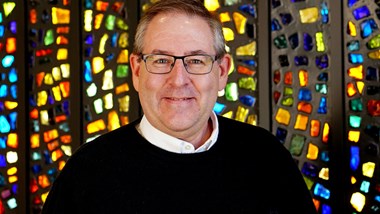 Larry E. Schultz has been the Minister of Music at Pullen Memorial Baptist Church since 2001. After studying music composition at Oklahoma Baptist University, he attended The Southern Baptist Theological Seminary, from which he received a Masters in Church Music. He is both a composer (including settings for hymns by Brian Wren and Shirley Erena Murray) and also a hymn writer in his own right. With Jann Aldredge-Clanton, Larry has published Inclusive Songs for Resistance and Social Action and other song collections.

Larry writes an occasional blog, Resonate, on communal music and music-making. Available, with more of his work, at https://www.larryeschultz.com/.