When circumstances make my life too hard to understand (StF 641)

When circumstances make my life
too hard to understand,
no doubt or fear, no pain or strife,
can snatch me from God’s hand.

In valleys where the path is steep,
with shadows dark and long,
I know the Shepherd leads his sheep –
his grace will keep me strong.

Though sorrow and perplexity
are often what I feel,
Gethsemane and Calvary
affirm God’s love is real.

It is enough for me to know
God’s promise and God’s care:
wherever on life’s path I go
my Saviour will be there. 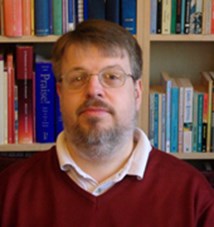 Although hymns are written, almost by definition, for a communal activity of worship, it’s worth considering whether some speak to your individual circumstances more directly than others; perhaps because they seem to spring from personal experience that mirrors your own.

For many, Charles Wesley’s “conversion” hymn, Where shall my wondering soul begin?, is one example. However, there are also those hymns that reflect not just an obviously religious experience but also shared human predicaments and concerns; the kind of hymns that remind those of us who identify with a religious faith that we are not, in the end, so very different from those who don’t. They are the hymns that balance hope in a God who surrounds us with an honest acknowledgement of our common humanity in all its fragility.

“When circumstances make my life too hard to understand” is one such hymn, written with the same deceptive simplicity that characterises the hymns of Cecil Frances Alexander (she of There is a green hill far away, for example). Read as a single sentence, the opening verse suggests the language of everyday conversation; more importantly, it acknowledges the everyday reality of living – whether as a Christian or not. The circumstances of our lives are indeed often difficult to understand or address. Although Martin has described the hymn simply as “devotional”, but he also notes that it was written just a year after the death of his own young child.

For all that Martin’s words are wrapped around by a profound hope, derived specifically from the life and example of Jesus, he still finds a way of voicing the uncertainty and fear that so frequently we are unable to share amongst those with whom we gather to worship. The “sorrow and perplexity” that knocks confidence and undermines belief systems are surely what we should feel empowered to talk about honestly with our fellow travellers. Our inadequacies as parents, children, partners, siblings and friends are profound trigger points for exploring the nature of our discipleship.

Instead, a certain pressure to present the smiling face of firm belief means that we leave our deepest needs and failings at home. As individuals, we are unable to speak our fear or shame; as church communities, too often we are unable to listen.

It’s hardly a surprise that Brian Wren’s 1993 hymn “When I have failed” has not become a favourite amongst hymn book editors. Is a text that speaks of “patterned wrong” or trying to make a fresh start “with rash claim of better faith” simply too near the bone for singing alongside our Christian neighbour?

To suggest that this is down to the same fear of failure that afflicts so many spheres of life – from the workplace to the school gate or family reunion – is far too broad a generalisation. Fragility comes in all sorts of guises. For the most part, however, our Sunday hymns acknowledge this in only the most generalised or oblique manner.

That’s why, for example, William Cowper’s hymns stand out from the crowd with their allusions to the perceived failure suffered by, and imposed upon, those who live with mental ill health as he did: “deep-wounded souls to you repair”, he writes, “and, Saviour, we are such”.

In perhaps his most well-known hymn, God moves in a mysterious way, the “clouds” that he himself dreaded speak eloquently for the mental struggles, the fractious relationships, and the encircling addictions that, in our own individual ways, are as much part of our baggage in the pew as the hymnbook we hold in our hand.

Martin Leckebusch’s response, that “it is enough for me to know God’s promise and God’s care”, is simple but not simplistic. It argues a powerful hope built upon two place-names: Gethsemane and Calvary. How Jesus of Nazareth responds to the agony and void encountered in these two locations, with an insistent love that expands beyond mortality, offers not facile optimism but the hope of being beloved despite our circumstances.

Is it possible that such hope only becomes truly real – can only become embodied in our own living – precisely when we acknowledge our own fragility and inadequacies? In his echoes of Psalm 23 (“The Lord is my Shepherd…”), Martin offers a personal expression of feeling secure within God’s love, but one that speaks more honestly for the prior admission that  “sorrow and perplexity are often what I feel.”

Christian hope, in other words, is better expressed not when we leave our deepest needs and failings at home, nor when we hide them from others, but when, together, we create a space for listening to them and even singing about them. 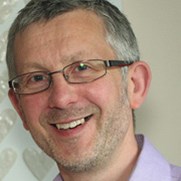