Churches grow when they serve their communities: A review of the Growing Good report

Recent research shows that when churches are socially engaged, people grow as disciples and churches grow in number. Emma Nash from the Evangelism and Growth team reviews the latest findings. 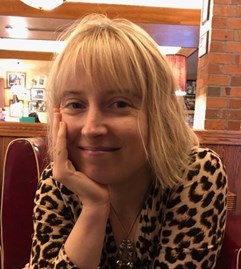 Coming to faith in my early twenties, I found church and Christianity quite bewildering. I had to learn a whole new set of beliefs and to immerse myself in an unfamiliar church subculture. Finding ways of reaching beyond the walls of churches became my passion. There seemed to be such a huge social and cultural gulf between those ‘in the know’ and everyone else. Eventually I became the leader of my church’s ‘Evangelism Team’ – a group of lay people who were responsible for this area of the church’s ministry. One of my close friends led the ‘Social Action Team’. Social justice had always been deeply important to me too, however. Although my primary drive was to tell others about Jesus, it seemed deeply wrong to ignore the desperate need of poor and marginalised people. I began to wonder how these two important passions – to see justice for the poor and to communicate good news – might be integrated.

For the past three years, The GRA:CE Project has been researching the connection between social action, discipleship, and church growth. The results of the research were published on 10th November in the report Growing Good: Growth, Social Action and Discipleship in the Church of England. [i] These important elements of the Christian life have often been compartmentalised. Those passionate about church growth have tended to talk about the importance of evangelism and discipleship – sharing faith, so that others might believe and become disciples, and the church might grow. Those passionate about social action have tended to emphasise God’s ‘bias to the poor’ and the importance of practising good news as opposed to simply talking about it. As the great liberation theologian Gustavo Gutierrez said: ‘to know God is to do justice’.[ii] For some years now I have wondered whether the reverse might be true. In doing justice, might we perhaps come to know God?

The GRA:CE Project has found that when churches are socially engaged, people grow as disciples and churches grow in number. This happens in various ways. One important aspect is that social action projects enable churches to meet and to build relationships with people they would not otherwise have met. The growth in relationships that comes about through a social action project is acknowledged as valuable and significant, although these positive, transformative relationships do not register in church growth statistics unless the unaffiliated person begins attending a worship service. The report suggests this might be considered ‘pre-growth’ (p. 78), recognising that there is transformation happening, albeit perhaps not yet faith development. Where these relationships built between the church and the community are characterised by hospitality and adaptability rather than a paternalistic desire to ‘do good’ to others, the impact of social action is most positive.

Social action projects also enable people of goodwill who do not profess a Christian faith to work with the church in combating injustice. In some cases, this altruistic community service gradually becomes a walk with God. Rich describes social action as ‘a practical form of discipleship … [which] … can profoundly change the individual as well as the community they are seeking to serve’ (p. 152). One interviewee explained that it was possible to be “learning the traits of the Kingdom … before knowing in full that you are following the King of the Kingdom” (p. 117). Evangelistic programmes have often focused on the propositional content of the Christian faith, explaining what Christians believe and inviting others to believe it too. Discipleship has sometimes been seen as a set of practices which a person is invited to adopt once they have put their faith in Jesus. Growing Good’s enlarged vision of discipleship sees faith development as something which may begin with practising justice, with understanding and faith perhaps following later. I have observed over the years that people unaffiliated with church are often interested in and sympathetic to the church’s social action even where they are ignorant of or even opposed to its teachings. How freeing it could be to be able to offer people ways of enacting good news! Rather than seeing people as empty vessels into which I must pour a life-giving message, I might allow God to work out that life-giving message through the work of their own hands.

Even those not directly involved in a social action project may become ‘warmer’ to Christianity and to the church because of it. The GRA:CE researchers found that, when churches are socially engaged in their communities, the church is seen as a place of good and, by association, the notion that God is good becomes more plausible. Where churches persevere, remaining present and engaged in communities after other agencies have exhausted their energy or their funding and left, this view is reinforced. Christian social action, it seems, has a ripple effect whereby the goodness of God is represented by the church at work in God’s world.

Numbers are often a point of contention. As every mainline Christian denomination faces declining church attendance, we can find ourselves veering to one of two extremes. Some of us become anxious about reversing the trend in church attendance, because we want to see more people’s lives transformed by Christ, not fewer. This can lead us to focus too much on attendance at Sunday gatherings and to miss other markers of spiritual journeying and discipleship. Others of us reject church growth altogether as a capitalistic enterprise which seeks to force something which is the work of God alone. Transformed lives and the church growth which comes as a result are indeed the work of God – and yet, God graciously chooses to use God’s people in this work. Growing Good avoids the errors of both extremes, seeing numbers as important and helpful, but part of a complex picture of church growth. Growth is seen as broader than attendance (p. 30), and the report argues that ‘there is a need for a more expansive understanding of what church growth is’ (p. 148). The number of people who come into a church building to participate in a social action project, for example, could be one important metric which does not currently contribute to Church of England statistics. In his monograph, Good to Great and the Social Sectors, Jim Collins argued that just because the impact of charities, churches and other nonprofits is hard to measure does not mean we cannot measure it. Growing Good offers some helpful pointers for starting to measure the impact of social action projects which cannot be captured in Sunday attendance figures.

Along with the suggestions around measuring growth, the report makes a number of other recommendations. A Church of England volunteering service is proposed, for people of all faiths and none. This would enable parish churches to be put in touch with local people who are looking for volunteering opportunities. As well as the potential to build new relationships, this could also make church social action projects more viable with an influx of new volunteers. Even if an official Church of England volunteering service is not created, there is a very helpful pointer here for churches of all denominations looking to increase the impact of their social action projects. By inviting unaffiliated people to join with them in serving their communities, they achieve a ‘win-win’. More people outside the church have the opportunity to join in the work of the Kingdom, and there are more hands to do this important work.

People concerned with church growth often emphasise the importance of giving an invitation to church, followed by an opportunity to learn about the faith at the person’s own pace. Growing Good proposes a ‘How to Make a Difference Course’ as a complement to enquirers’ courses like Alpha. Most courses focus on head knowledge and propositional content – ‘How to Make a Difference’ would focus on showing people how they might practice justice, through community organising, for example, Asset-Based Community Development or social enterprise. I think this idea has huge potential to appeal to folks who would not attend an Alpha course or other enquirers’ group. At the very least, more people would be equipped to do more good in the world. At its best, this idea could help people to begin their journey with God through service, even though they do not yet know the One whom they are serving.

The Growing Good report offers rigorously researched insights which complement and expand upon the findings of previous research. In the 2010s, From Evidence to Action and Leading Together identified the importance of churches knowing and serving their communities – the many benefits of which are clear from Growing Good. These previous studies also identified the involvement of lay people and the offering of discipleship pathways as common features of growing churches. Growing Good offers fresh evidence of the transformation that can come when people are given opportunities to use their energy and their gifts for the common good. Perhaps most radically, it also offers an enlarged vision of a ‘discipleship pathway’ which allows unaffiliated people to put the Christian faith into practice before they have claimed that faith for themselves.

For practical advice on mission planning and to see a summary of church growth research, check out the ‘Leading churches into growth’ pages on the Methodist Church website.

Emma Nash is the Mission and Community Engagement Officer in the Evangelism and Growth Team.

[i] Hannah Rich, ‘Growing Good: Growth, Social Action and Discipleship in the Church of England’, the final report of The GRA:CE Project, published by Theos and the Church Urban Fund on 10th November 2020.