Mark Carrick - My Journey to Ordination 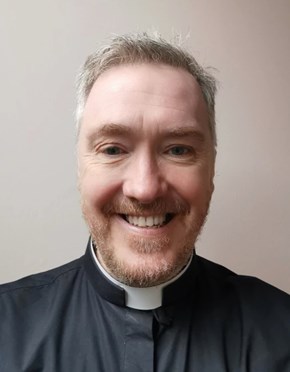 Everyone's calling, on one hand, is the same - to love God with everything they are and to love their neighbours. We are also reminded that the way we live out that calling will differ from person to person, according to the gifts Christ gives to the church.

My own journey remains, first and foremost, to love God and love my neighbour. Making a commitment to this way of life, to this faith in, and in service to, Christ, became a personal decision when I was 15 years old. Four years later, at a Youth Weekend at Cliff College, I felt the call of God to enter full-time ministry. It was a very clear, very real, call. Realising that call, however, proved anything but simple!

I had a clear plan. Despite still being at university, I decided to start the training to become a Local Preacher. I also thought leaving university and seeking a youth worker role would be the right path. Neither of those worked out. Doors closed as quickly as they were pushed open. Invariably doubts crept in - had I heard right? Had I misunderstood the path? What was I doing wrong?

My minister at the time wisely suggested life had to be experienced and God would be the light to my path. In His timing, things would become clear. God, I have realised, doesn't work to the same timescales as me! It took a lifetime; a journey through a career in IT, raising a family, and an awful lot of questions before God called again.

But call again He did. Like Caleb, I had declared before God I was ready to inhabit the land. Like Caleb, I was told to wait. Like Caleb, I saw Joshua take centre stage. But finally, like Caleb, the land was ready and I was called to go. God presented me with a vision of myself, sitting on a tiled floor and surrounded by doors. Doors that had never opened. But now, God said, it's time to get up. Get up and start pushing doors.

So I did. And they began to open. Even when I was told by others that the door may take a while to fully open, I kept pushing. And they kept flying open! I was advised to slow down once or twice, but after a lifetime of waiting, that wasn't going to happen!

So I completed the new course in leading worship and preaching in the first two years of its existence. I then candidated for the ministry in the following autumn. Having been successful, I then entered a three-year part time program of formational training at Queen's, in Birmingham. Two years ago I completed the training and was stationed to Chesterfield. I then began an MA course that would incorporate pre-ordination training. And now, eight years on from a conversation with my minister, I stand on the threshold of ordination myself, as a minister in the Methodist Church.

It has always been a journey of exploration. A journey where God calls you to His side, guides you through the various paths, never leaves you alone, and never lets you forget the call He has placed upon your life. It is a journey where He teaches, counsels, forms, and makes good on His promises. It is a journey that doesn't end with ordination, but one that stretches out as He simply says "Come, follow me. Let's have an adventure!"